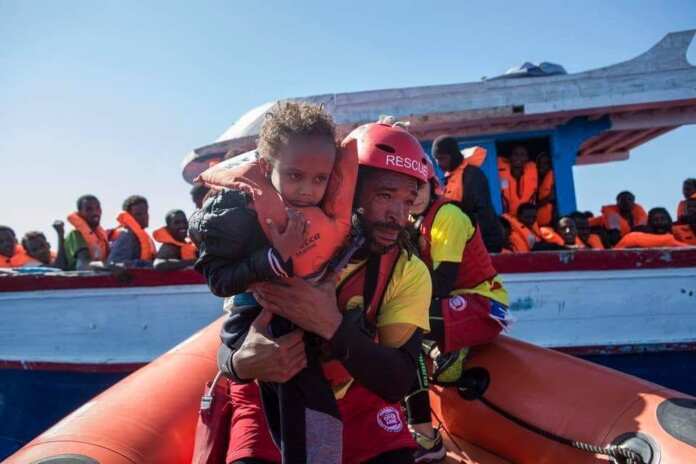 The international human rights organisation, Amnesty International asserted that “Historically, Malta has rejected the link between SAR  [Search and Rescue] obligations and humanitarian obligations” in a recently published report.

In its report, Amnesty International pointed out that Malta, in its interpretation of its duties does not regard itself as bound to offer disembarkation in its ports or to ensure that a place of safety is provided, even when rescue takes place in its search and rescue zone. Such an interpretation means that more often than not, disembarkation took place in Italy which would have been the closest port. These differences arise due to not having ratified the 2004 Amendments to the 1974 International Convention for the Safety at Sea known as the SOLAS convention and the 1979 International Convention on Maritime Search and Recue (SAR Convention).

As an example Amnesty International cities the recent case of the Sarost 5 which had 40 people on board that were stranded at sea for over two weeks. The rescue happened in Maltese SAR region at about 90 nautical miles from Lampedusa. The Maltese authorities had directed the rescuers out of the Maltese SAR region and to sail towards Tunisia. The report claims that Malta therefore coordinated the rescue but failed to ensure the safe disembarkation of those on board. In this case, according to Amnesty International, Malta failed to give access to those seeking international protection saying that Tunisia could not be considered as a safe place of disembarkation because it lacks a national asylum framework as well as the threats to the human rights violation which exist for certain groups.

The report also points out the different interpretations of the key concept of “distress at sea”.  Italy unlike Malta considers a boat in distress the moment it sets sail while Malta only considers it so, when assistance is requested or when there is an immediate danger of loss of life.

The report also refers to the “demonization and criminalization” of non-governmental organisations operating civil search and rescue in the Central Mediterranean. The report refers to the case of Aquarius, Iuventa, Lifeline, Moonbird, Seefuchs, Sea-Watch Vessel 3 and Open Arms. Malta opened investigations into the vessels of rescue NGOs which used Maltese ports and operated within its waters. This led to preventing the vessels from leaving Maltese ports. This meant that there was a drop in the number of rescue missions by NGOs dropped at the same time the deaths at sea rose. Between 2017 to May 2018 the civil rescue NGOs carried out about 40% of rescues.

Amnesty International called on the European states and institutions to act in order to prevent further loss of life at sea. The organisation also called for a reform in the Dublin system which would be replaced by a mandatory distribution mechanism of asylum-seekers. Finally, Amnesty International said that the cooperation between the EU and Libya should focus on prioritising the protection of the human rights of refugees, asylum-seekers and migrants in Libya and that it is ensured that people rescued are not disembarked back in Libya.