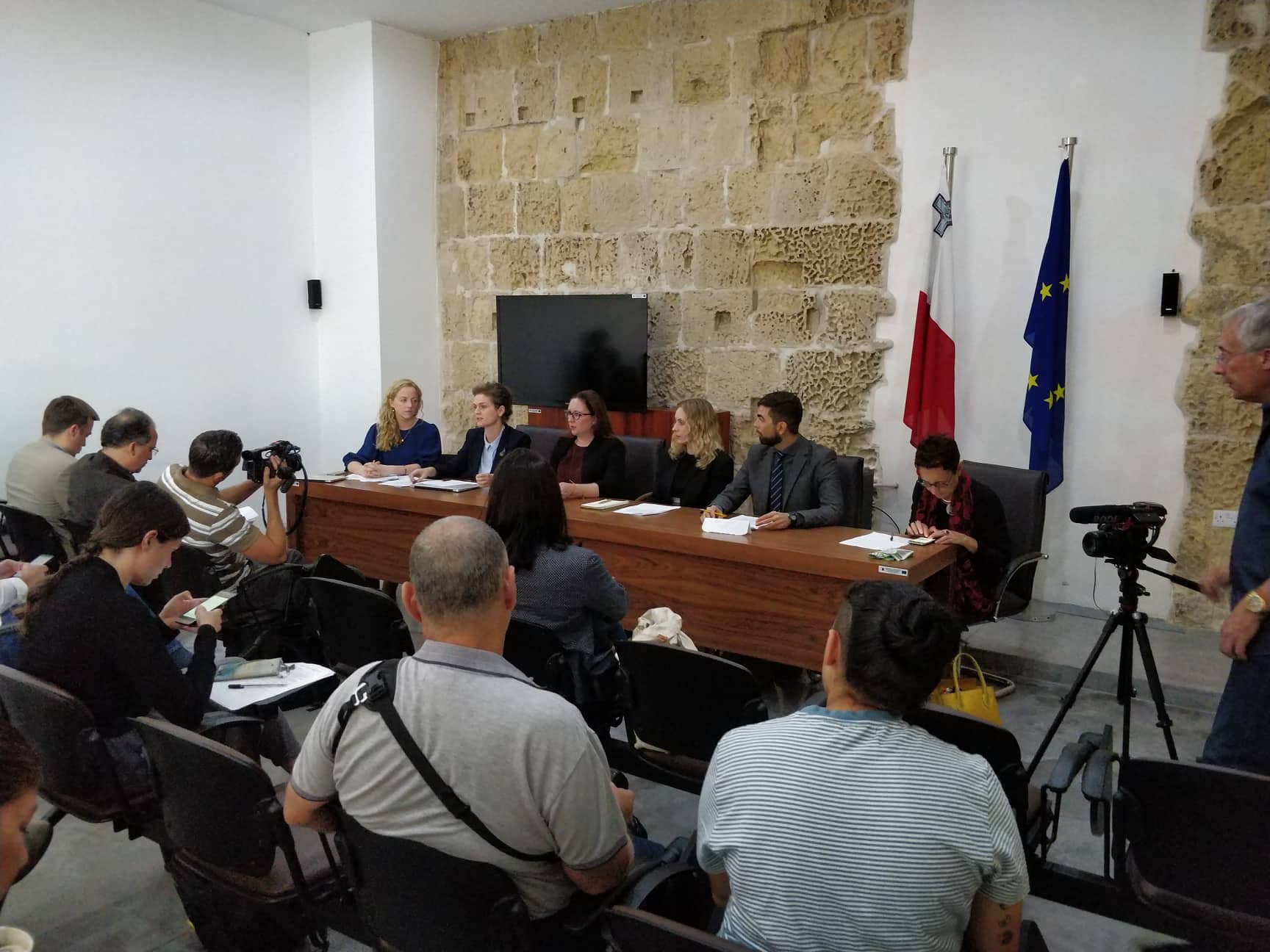 Malta has dropped 18 places in the Reporters Without Borders Press Freedom Index, putting it in 65th place, making it the largest global drop of late. A collaboration of NGOs making up the International Freedom of Expression Mission to Malta also called for the Government to initiate a public inquiry into Daphne Caruana Galizia’s murder.

This was said during a Press Conference called by 6 NGOs: Reporters Without Borders, the Committee to Protect Journalists, the European Federation of Journalists, the International Press Institute, and PEN International. The aforementioned Mission is about Freedom of the Press and protection of the media, particularly in light of the assassination of independent blogger and journalist, Daphne Caruana Galizia.

The recommendations given include the Government ensuring the investigation into who ordered Daphne’s assassination, and to figure out whether Daphne’s death could have been avoided. The Prime Minister was also urged to include “comprehensive and transparent terms of reference; ensure meaningful involvement of the deceased’s family; ensure the protection of sources; and include public hearings.”

The Government must also guarantee that Freedom of Information requests are no longer ignored, or dubbed invalid due to “commercial sensitivity”.  Freedom of Assembly, as well as the Right to Protest need to be protected, particularly in front of the lawcourts at the makeshift Daphne memorial.

When it comes to lawsuits, Ministers shouldn’t go straight to court as soon as an article is written about them, especially if there are very lacking opportunities to actually get to public officials. Some Maltese journalists have been attempting to get an interview with the Prime Minister for two years to no avail.

The NGOs have called for the Government to introduce legislation to transfer the burden of proof in libel cases from the defendant to the claimant where there is legitimate public interest.

On the investigation itself, the delegation said they were “extremely concerns that there had been no meaningful result in the investigation beyond arraigning three suspected hitmen 10 months ago.” Conversation with officials did nothing to allay the delegation’s doubts and fears. Despite endless assurance that justice will be served, and top ranking officials will also be investigated, this has, so far, not been the case.

The Delegation also found the attacks on the Caruana Galizia legacy both before and after her death by the Office of the Prime Minister and the Chair of Valletta 2018 to be “deeply disturbing”. In their meeting, the Dr Joseph Muscat made no move towards committing to the NGOs call for the sacking of Valletta 2018 Chairman, Jason Micallef.

While Dr Muscat also said that he welcomes the application for a permanent memorial to the fallen journalist, there has been no protection for the current memorial. The flowers which the delegation themselves lay were also removed the following morning.

In general, the Maltese journalistic climate was compared to that of the US. The idea that the situation is desperate, as Daphne said in her now immortalised words, has been heard loud and clear by the delegation.

The media is being considered the enemy of the state at times which is following international trends leading to an atmosphere of violence. Controlled social media trolling, online harassment, and even political rhetoric is only adding to the current challenging environment for the media in Malta.

Journalists who were contacted by the delegation said that changes to the system have significantly increased pressure. Those who are working on sensitive stories must now do so “in isolated or marginalised positions”. Economic struggles are also present with allocation of funding being state controlled and thus favouring media houses closer to whichever party is in Government at the time.

The atmosphere of flagrant defamation suits have also bee used as deterrents to independent media houses. In fact, a number of the claimants never even bothered to show up to court on their given dates thus proving that the lawsuit itself was just a waste of everyone’s time.

Attacks and threats on journalists led to 4 police reports

Monique Agius   February 18, 2020
A group of asylum seekers were rescued on Tuesday morning by the Armed Forces of Malta. 106 individuals were brought to the AFM Naval Base at Floriana on board patrol boat P52.