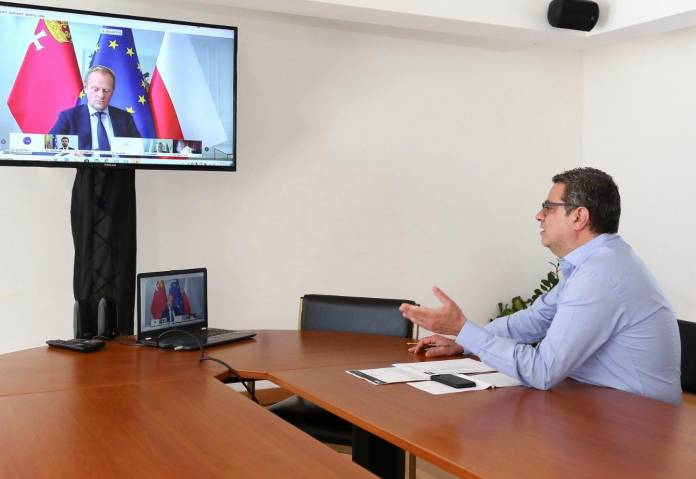 Nationalist Party leader Adrian Delia argued that Malta should receive as much EU funding as is possible to help its economic recovery in the wake of the Covid-19 pandemic in a virtual summit involving leaders of the European People’s Party’s member parties on Thursday.

The EPP, whose current secretary-general of the Parliamentary Group is Delia’s predecessor Simon Busuttil, regularly hosts its own summit ahead of a European Council, which brings together the leaders of the EU’s member states. A Special European Council is being held on Friday and Saturday in Brussels, with member states seeking to bridge considerable differences in opinion over the EU’s long-term budget and its Covid-19 recovery plan.

“From Opposition we are continuing to persuade and put forward our appeal to receive the greatest possible amounts of funds and aid during the pandemic, for our families, our workers and our businesses,” Delia told his European counterparts.

He backed his argument by highlighting that Malta’s economy relies on tourism and foreign investment, which have both taken a huge hit during the pandemic.

While Delia has emphasised the need for Malta to receive as much funding as possible, the government’s own position is somewhat more complex.

When it comes to the 2021-27 budget, Malta has been one of the so-called “Friends of Cohesion,” which insist that the Cohesion Funds allocated to less-developed regions should not be cut. But its reaction to the Covid-19 recovery plan has been far less enthusiastic, with Finance Minister Edward Scicluna arguing that it may see Malta become a net contributor of EU funds. 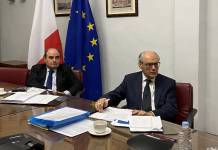