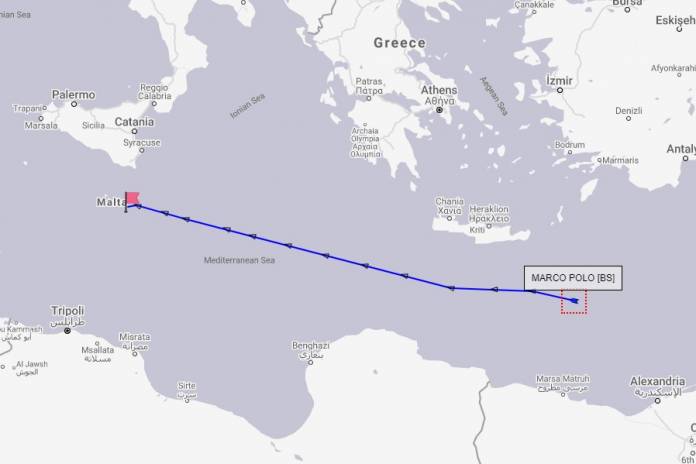 Malta has denied entry to a cruise liner with a sick passenger on board. The vessel will not be allowed to dock in Malta. The authorities informed the vessel after it was reported that a passenger on board showed symptoms which were associated with the novel coronavirus, Covid-19 on Friday.

The Bahamas-flagged Marco Polo which is carrying 1,000 passengers on board, was reported to be sailing towards Malta. This was after the Cypriot authorities announced that the vessel would be allowed to anchor offshore however the passengers and crew will not be allowed to disembark.

Cypriot Transport Minister Yiannis Karousos told the state broadcaster CyBC that a passenger on board the cruise liner complained of symptoms similar to those of the novel coronavirus.

A request for a stopover at Limassol port was made.

Marco Polo was allowed to anchor offshore where the sick passenger would have been treated however, the other passengers would not be allowed to disembark. It was then decided to continue onto the next destination. The vessel sailed towards Malta.

Writing on Facebook, Transport Minister Ian Borg said that the vessel’s owner and the Valletta Cruise Port were informed that Marco Polo will not be allowed to dock.

According to the Cypriot media, most of the passengers were Italian.