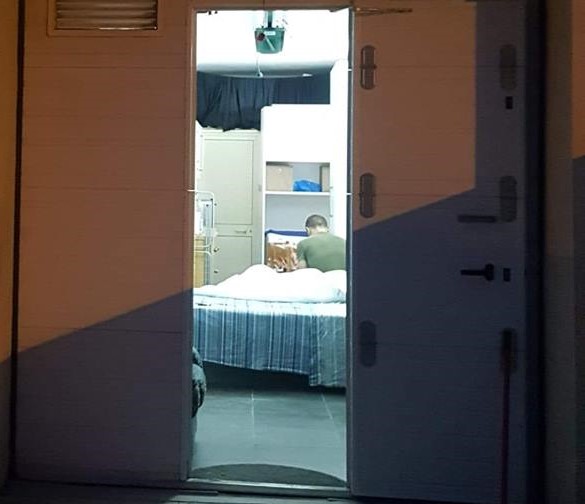 Former Chairperson of Alternattiva Demokratika and current European Parliament election candidate Arnold Cassola published a photo on social media which shows a man living in a garage. He sarcastically wrote that Malta is currently the best in Europe with 7.9% economic growth, pointing out that the photo shows the man’s Christmas in 2018.

Newsbook.com.mt contacted the Secretary General of the Federation of Estate Agents Simon Debono about this situation. When asked if the amount of people living in garages has increased, he said that he can confirm an increase, but he was not in a position to confirm the amount because the Federation is currently overwhelmed with evictions from rented apartments, particularly guaranteed rents (which were established before 1995).

Debono said that the Government had assured them that those rents were protected, yet it is turning out that that was not true at all. He said there were many elderly people who are being evicted from their apartments, including an elderly mother with a child with disability.

That Maltese are not keeping up with rents

Debono said that, as a Federation, they started trying to quantify the problem, but the Parliamentary Secretary said that out of 90,000 people who, according to the Government are living in rented homes, 7,000 only have the problem because all other rents are protected. However, considering the lack of actual protection, they are looking at the 90,000 figure instead. Debono added that Maltese people are not finding affordable apartments, because the average rent is between €750 and €800 for a two-bedroom flat.

The Secretary General said that, although the Government initiative will build around 700 apartments in Siġġiewi is a positive step, the number pales in comparison to the amount of people facing housing problems. He mentioned that the Federation gave their suggestions to the Government. One of the suggestions was that small units can be built costing around €24,000, meaning 4,600 apartments could be built instead. They are also suggesting that the apartments be built in various localities to allow people to live near their families and jobs, saving travel time and allowing more availability for overtime work.

Last October, in an interview with Fr Joe Borg, Debono said that there are more than 2,000 Maltese people living in garages. He said that places which used to be rented to two people are now being rented to six people due to uncontrolled immigration.