The Malta Chamber of Commerce has warned that if Malta fails the upcoming Council of Europe’s Evaluation of Anti-Money laundering measures, MONEYVAL, the country would be grey-listed. It warned that this would heavily impact the viability of the Maltese financial sector, trading, tourism and general services including correspondent banks.

In a statement on Tuesday, after the FIAU report was published, the Malta Chamber has called for a national debate on good governance, adding that businesses cannot operate fairly, ethically and successfully without the proper checks and balances.

It noted that from the annual report prepared by the financial watchdog, Malta was still lagging behind other jurisdictions when looked at the number of Suspicious Transaction Reports were submitted. The Malta Chamber stressed that such reporting needed to be followed by expeditious and tangible actions as well as the associated legal proceedings. It added that only by taking action can Malta’s reputation be restored to the expected high levels in the shortest period of time.

Governance should not compromise economy

The country should not risk compromising the economic recovery measures currently being taken to combat the effects that the coronavirus outbreak has had on the economy, the Malta Chamber warned.

It acknowledged that some measures were being taken citing however it underlined that more had to be done if the country were to be successful in achieving good governance. It added that good governance was not only the responsibility of the government.

The Chamber of Commerce urged all stakeholders, including professional practitioners such as lawyers, accountants, the credit sector and businesses, such as service providers (CSPs), to support good governance collectively. 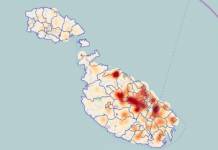 “Throughout the years, Malta and its people have been renowned for professionalism and integrity. We must not allow the country’s long-term prospects and reputation to be tarnished by the few who have allowed their standards to drop for their short-term interests.”

It added that it was of the belief that the country needed to nurture a culture where the reporting of any questionable dealings of any new clients at the due diligence stage became the norm.

The country therefore needed to champion the ambition of embracing the highest ethical standards. In addition, there was no doubt that the resources at the disposal of the country’s regulators need to be bolstered further by making the necessary technical resources available and fostering a climate of transparency, the Malta Chamber maintained.

“Short-term gain can bring long-term pain for the whole economy. Good governance is a very important economic value and no stone should be left unturned to champion honest business and the highest ethical standards at a national level.”

In touching money, we get blood on our hands – Pope Francis