The Malta Chamber of Commerce has expressed its concern about the challenges being faced by the manufacturing sector.

In a statement, the chamber welcomed the investment of €470 million over an eight-year period in the infrastructure of the manufacturing sector which was announced by the government, earlier this week, adding that it is keen to learn more about the project. 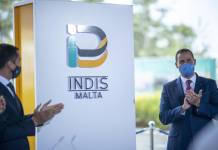 The chamber remarked that the manufacturing sector remains a fundamental pillar of the country’s economic stability, highlighting that it requires all the support it can be afforded, especially in a rapidly shifting economic landscape worldwide.

The Malta Chamber also noted that more than half of OECD countries have lowered the burden of employers to finance paid sick leave, while most governments finance any paid sick leave in case of quarantine.

It remarked that locally employers have even been burdened with an extra day of leave, during one of the most challenging years to date. It is therefore not surprising that manufacturing operators are finding it extremely hard to reconcile the fact that their output is falling significantly while their wage bill remains almost the same. This situation is only exacerbated by the high utility costs faced by the sector, it said.