Malta-based humanitarian NGO MOAS has delivered 25 tonnes of life-saving nutritional supplies to Somalia, as a continuation of their programme #MissionOfHope.

MOAS is an international humanitarian organization founded in 2013 and dedicated to providing humanitarian aid and services to the most vulnerable communities around the world.

Through their partnership with Edesia, the NGO has shipped ready-to-use supplementary food Plumpy’Sup, a supplement specifically formulated to treat moderate acute malnutrition (MAM) in children aged six months and over. The treatment usually lasts between twelve to sixteen weeks, with one Plumpy’Sup™ sachet being distributed each day for every child.

Considering that one in seven children under the age of five in Somalia are acutely malnourished, shipments such are vital to combating infant malnutrition and mortality in the country. Its current operations include scaling up health and nutrition assistance in Mudug and Galgaduud, two regions at emergency levels of acute food insecurity. 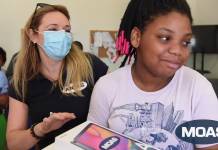 The humanitarian crisis in Somalia is one of the most prolonged and complex in the world. For nearly three decades, pervasive conflict combined with intensifying natural hazards, including recurrent droughts, have led to critical food insecurity, poverty and displacement throughout the country.

Food insecurity is rampant across Somalia, as there are approximately 4.5 million people at risk of acute food shortages, particularly among rural communities and displaced populations.