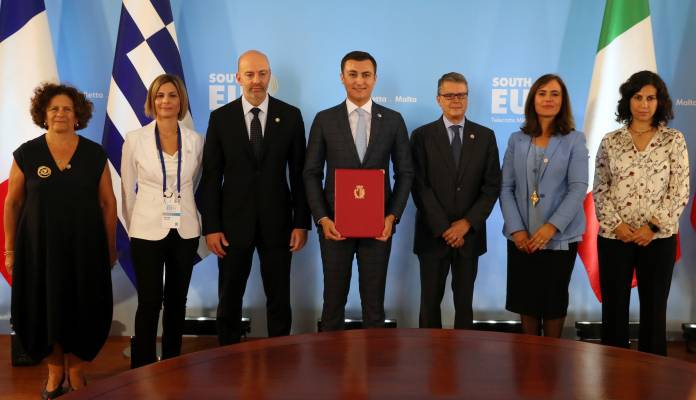 The efforts will see Cyprus, France, Greece, Italy, Portugal, Spain and Malta, working together to improve their economic growth through cross-border technologies like distributed ledger technologies and blockchain.

This effort was agreed for the first time during a meeting of these member states, under a Memorandum of Understanding signed under their designation as the SouthEU.

The MOU is intended as a foundation for information and practices sharing between the members for the, ‘design and application of distributed ledger technologies at a governmental level between Southern European countries. An expert group made up of a member and alternate member for every participating country will be set up to discuss the mentioned initiatives.’

Parliamentary Secretary for Financial Services, Digital Economy and Innovation Silvio Schembri explained that, ‘We can proudly claim that today’s event is a historic milestone. It is the first ever commitment, black on white, between Southern European member states to cooperate in a tangible and deliverable manner with each other on any area. In this case the digital sector is the first area which we identified as being ripe for cooperation, to enhance economic growth in the region and to explore the possibility for cooperation on cross-border distributed ledger technologies projects between the Southern European countries.’

Adding to the conversation, Italy’s Undersecretary of State to Economic Development Mirella Liuzzi explained that such efforts would help in giving Southern Europe its own economic distinctive as well as in protecting its industries and products from counterfeiting.