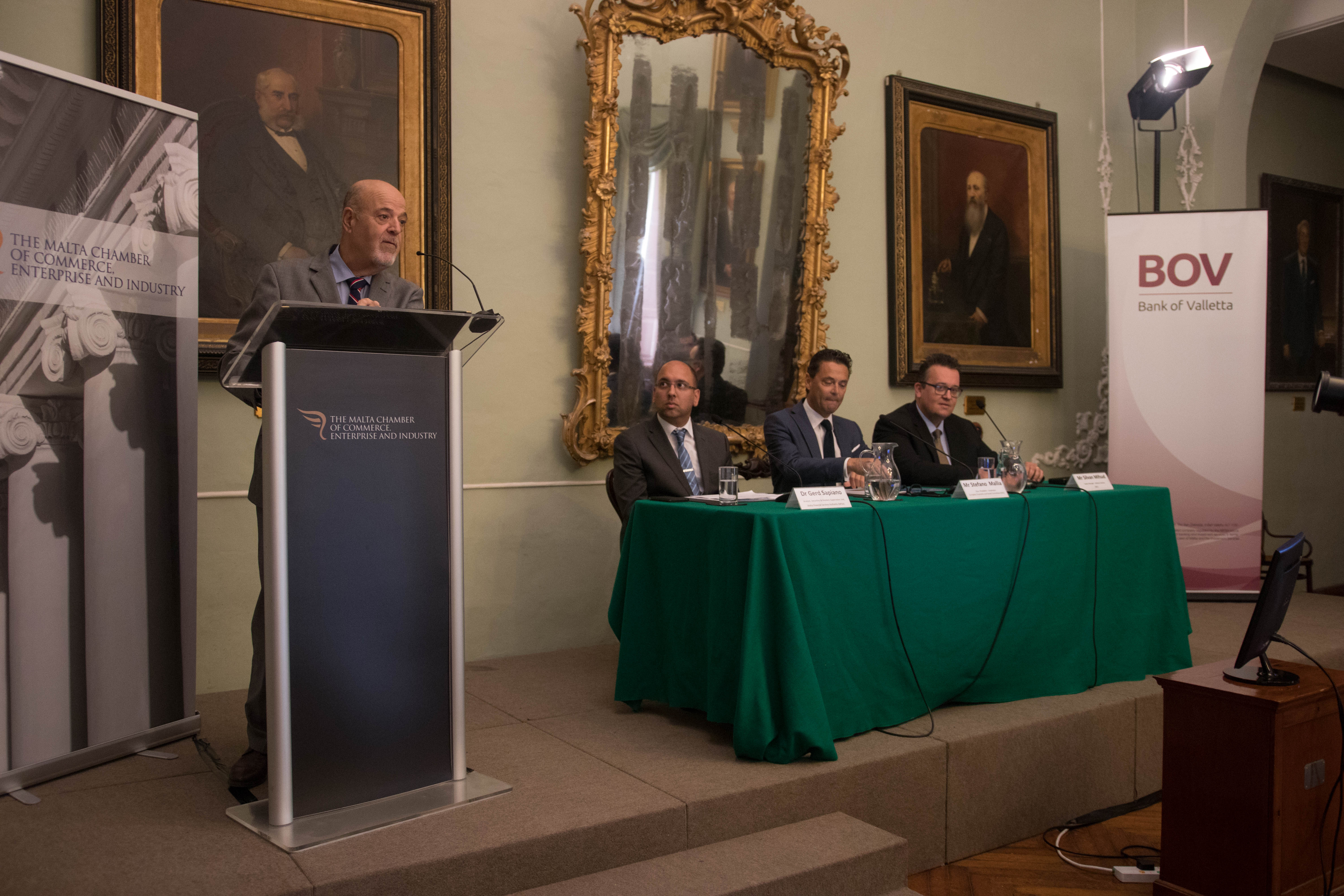 The recently approved Blockchain legislation has led to an information session titled ‘Blockchain – The New Regulatory Framework’, organised by The Malta Chamber of Commerce, Enterprise and Industry in collaboration with EMCS.

“Blockchains promise to provide corporations with efficiencies in global supply chains, financial transactions, asset ledgers and decentralised social networks,” said  Mr Farrugia, President of the Malta Chamber of Commerce. “It has the potential to create new foundations for global economic and social systems rather than be a disruptive force towards traditional business models.”

Parliamentary Secretary for Financial Services, Digital Economy and Innovation Silvio Schembri addressed the session, saying that now that the highly anticipated bills have been enacted into law, the establishment of the Malta Digital Innovation Authority is crucial as it will focus completely on DLT and related Smart Contracts.

“At the moment, the Authority is working on the rules and procedures to be issued for public consultation and gather the feedback of the industry. This new technology is expected to impact various industries and thus it is important that there is a framework for cooperation between the MDIA and other authorities”, he added.

He also described the Delta Summit, which is the Malta Government official Blockchain event that is going to be organised between the 3rd and 5th October, as an opportunity to demonstrate how far Malta has gone to become an innovation pioneer.

Coryse Borg   January 21, 2020
On Friday 24th January, Heritage Malta is giving the opportunity to the public to learn more about how a biologist’s work alongside curators and conservators provide valuable insights on the conservation of our treasures.

Reuters   January 21, 2020
Trump, who was impeached last month by the Democratic-led House of Representatives on charges of abusing power and obstructing Congress, says he has done nothing wrong and describes his impeachment as a partisan hoax to derail his 2020 re-election.