The government announced that the German credit agency Scope Ratings evaluated 63 countries in respect of their ability to resist the effects of the pandemic and Malta placed among the top five countries.

According to this survey, Malta was the only country in the European Union to be ranked so high. Only Taiwan, China, Switzerland and Thailand were classified better than Malta.

Government said in a statement that this positive certificate for our country follows the conclusions of three international rating agencies – Fitch, Moody’s and Standard & Poor’s, which recently have confirmed that despite the COVID-19 pandemic, the outlook for our country was stable.

The International Monetary Fund also predicted that Malta would experience the least negative economic impact among member states of the European Union. 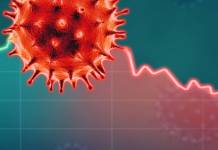 Amy Borg   July 7, 2020
Following the publication of the NAO report on the Vitals deal, AD Chairperson Carmel Cacopardo said that the Auditor's report on the Vitals public hospital concessions concludes very clearly that there was collusion between government and Vitals Global Healthcare.