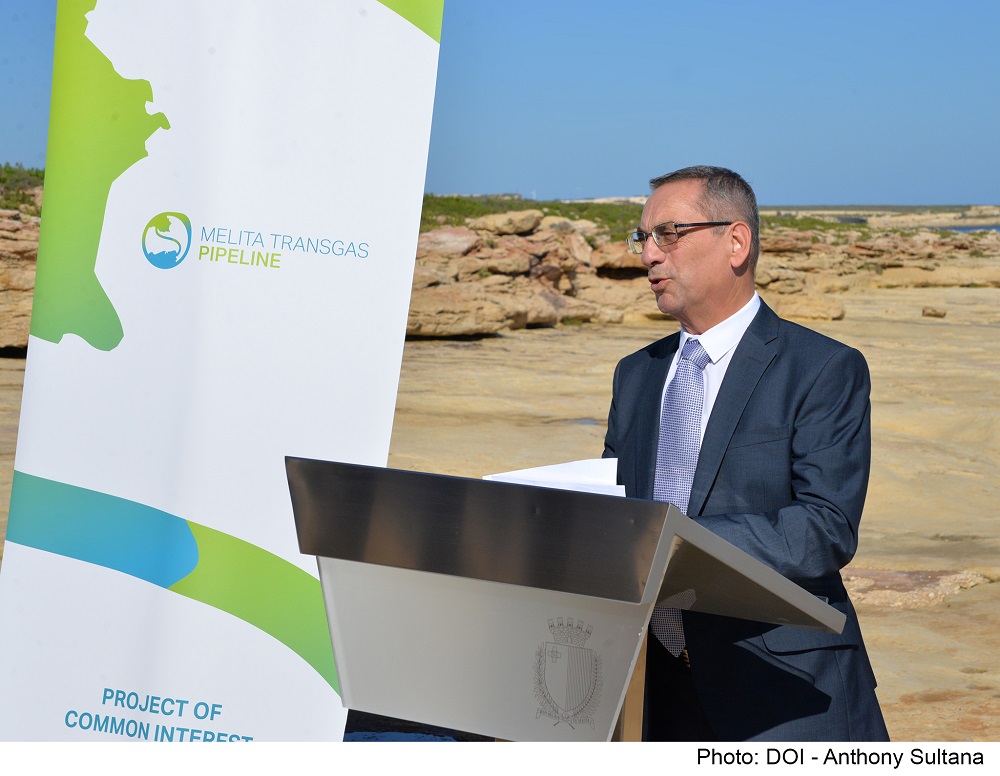 During a press conference at Kalanka in Delimara, around a kilometre away from one of the sites to be studied, the Minister said that the project has already benefited from €4 million in funding.

Mizzi said that the plan is that by 2020, Malta will have applied for co-financing by the EU for the pipeline’s construction, which will cost an estimated €350 million. He also said that, once commissioned, the pipeline will substitute the temporary LNG tanker in Delimara.

Minister Mizzi also said that a public entity has been established in order to lead the implementation and operation of the project.

Tanker replenished 15 times with gas since 2016

Malta to connect to European gas network by 2024

Luisa Apap   January 28, 2020
The ex-chief of Staff to Joseph Muscat was checking -in at the Malta International Airport (MIA).

St Francis Square to be open in time for summer –...