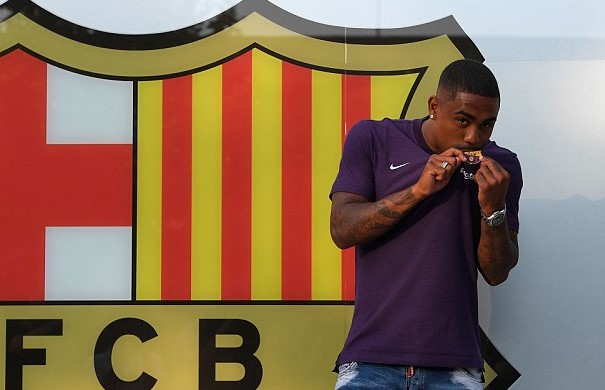 Until yesterday the Brazilian winger was close to signing for Roma but then decided to accept Barcelona’s late offer. Malcom has signed a five-year deal and was presented by the Spanish side earlier today. The promising youngster cancelled his Monday flight to Rome after learning about Barcelona’s approach.

Bordeaux will pocket £45.5m for the the 21-year-old who will undergo mandatory medical tests on Wednesday as he becomes Barcelona’s third signing of the summer. The Spanish side will most probably give up on adding Chelsea’s Willian to their stellar team as they failed to match the Stamford Bridge club’s £70m valuation.