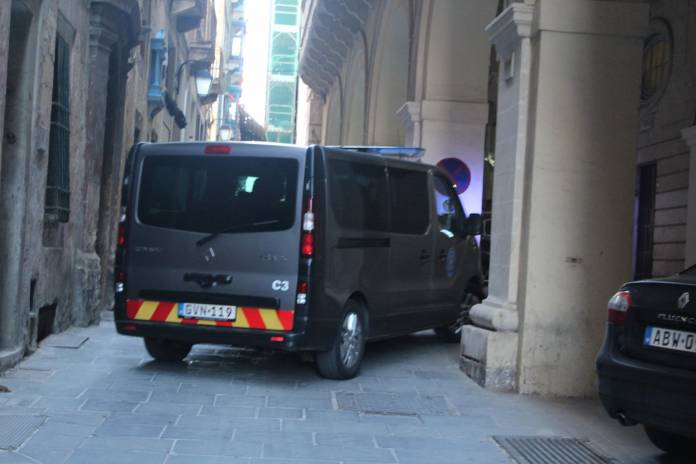 The nickname “Il-Maksar” is not unique in Maltese nomenclature but it did crop up in Daphne Caruana Galizia’s Running Commentary. In 2014, she wrote a backgrounder on a member of the family, Adrian Agius and his family’s extensive links to the criminal underworld. Raymond Agius “Il-Maksar”, was the father. Reputedly a smuggler, he was shot dead in broad daylight at the Butterfly Bar in Birkirkara in 2008, aged 49. His son, Adrian was linked to Ryan Schembri, cousin to former OPM Chief of Staff Keith Schembri. According to The Sunday Times of Malta, Ryan Schembri fled Malta leaving behind him a trail of debts after the supermarket MORE turned belly-up. Adrian Agius was not only close to Ryan Schembri. He was also close to the drug-dealer Terence Gialanze, vanished in November 2012 after telling his family that he was going fishing. Gialanze’s car had been found parked and locked, and his yacht was still at its usual mooring. None of his bank accounts have been touched since. He is presumed dead. He was 24 when he vanished.

40-year-old Romeo Bone of Floriana, well connected in the drug trafficking circles, was a victim of a car bomb explosion in February 2017. Bone is well known to the Police, and in recent years his name had been synonymous with a criminal circle on the island, including the murder of businessman Joseph Baldacchino in December 2011. Bone lost both his legs in the explosion which occurred in February. when he was stopped at traffic lights near the GWU monument in the direction of Birkirkara. Bone was brought out of the car which was engulfed in flames by a Police officer from Imsida Police Station.

Sandro Craus is a high ranking official in the Office of the Prime Minister. He is head of customer care there. Craus is also the PL mayor of Rabat, having ousted his predecessor, also of the labour party. On Facebook, the former mayor, Charles Azzopardi, who has promised fire and brimstone retribution for having been ousted by Craus. He exclaimed that “There is dirt!!!!!!” and that in the coming months he will be making revelations to see that justice is served. “Karman is a b…” he concluded.