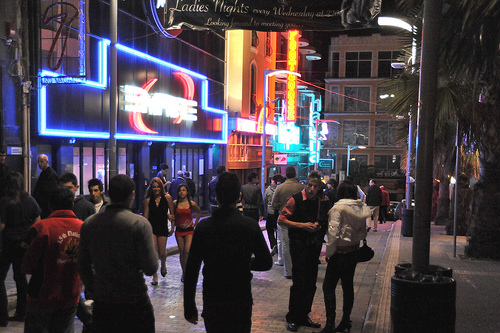 The majority of members of the LGBTIQ community don’t consider Paceville to be a safe place, the Malta LGBTIQ Rights Movement (MGRM) found.

The MGRM recently published the results of a study which aimed to gauge whether members of the LGBTIQ community feel safe in Paceville and whether reporting an incident to the police has positive outcomes. The results were gathered through an online questionnaire towards the end of 2019.

It was found that a third of respondents reported cases of discrimination, verbal and physical abuse, harassment, catcalling and even rape. Members of the LGBTIQ community claim to have been thrown out of establishments, harassed, insulted or ridiculed because of their gender non-conforming appearance, clothing or behaviour, because of their sexual orientation or for holding hands or kissing their partner.

The MGRM found that For trans and non-binary persons, one of the biggest problems is being banned from using the bathrooms in which they feel more comfortable while lesbians have to put up with sexist harassment and sexualisation of their bodies as women, apart from other forms of harassment also targeted at cis gay men.

A number of cases (19%) involved aggression by bouncers. Some cases reported were violent and 5% of respondents had to seek medical assistance.

Most of those who were discriminated against (93%) did not report the incident to police.

The MGRM concluded that homophobia and transphobia are still rife in Malta. It is also possible that there is a lack of trust in police.

The MGRM also things that some establishments might be acting as a front, with the real intention not being to act as an actual business therefore leading to a refusal of custom from people the owners don’t approve of.