The majority of eligible voters in the Nationalist Party’s leadership election have already voted, with the 50% mark being surpassed on the third day of early voting organised by the party.

The party’s electoral commission confirmed that 3% of eligible voters cast their vote on Wednesday, bringing the total number of cast votes up to 51%.

The number of voters on Wednesday was considerably less than that in the previous two days of early voting – 16% had voted on Friday and 32% on Saturday. However, Wednesday had been set aside for voters with mobility issues and those who required assistance to cast their vote. 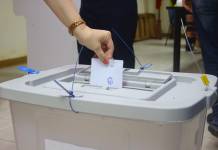 Early voting will continue on Thursday and Friday, ahead of election day on Saturday. A total of 21,499 paid-up party members are eligible to vote in the election, which pits embattled party leader Adrian Delia against Bernard Grech. 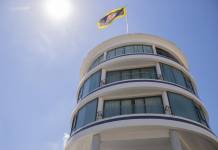 The five days of early voting were instituted, in part, in light of the ongoing Covid-19 pandemic, to help ensure that social distancing can be maintained. The electoral commission had rejected a request, made by PN deputy leader Robert Arrigo, to delay the vote.