Occupy Justice stated that the acting Police Commissioner Carmelo Magri is following the footsteps of his predecessor, Lawrence Cutajar.

In a press release, the activist group stated that there is more than enough information in the public domain for Magri to make arrests related to the assassinated journalist Daphne Caruana Galizia. However, it said, he is allowing these criminals to “roam free and act with complete impunity”.

They define these criminals as those that were situated in the Office of the Prime Minister and have been mentioned multiple times in relation to the assassination. They added that the people involved have been protecting each other for the past two and a half years. This culture of impunity, according to them, is thanks to the inaction of the police which has lost all credibility over the past few days. 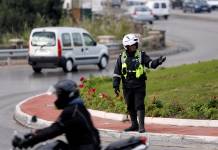 Occupy Justice said that it has called for the arrest of the corrupt individuals involved directly or indirectly in Daphne’s murder two months ago.

The activists accused those in the Office of the Prime Minister of stealing from the Maltese, misappropriating funds that could be invested in education, better health care, pensions and the environment.