Farmers whose livelihoods depend on fields in the Magħtab held a protest on Saturday morning with the aim to safeguard their fields from a proposed Wasteserv expansion project.

The farmers have closed off, with their tractors, entry to the Magħtab and also on the road which leads to Magħtab from Triq ir-Ramla.

The farmers and their families said that they want to protect their land. They have also mentioned how they have been suffering for years because of Wasteserve plans to expand its landfills.

Two PN MPs, Edwin Vassallo and Robert Cutajar have joined the farmers in the protest on Saturday morning and Prime Minister Robert Abela also showed up at the protest to speak with the farmers.

On Friday, twenty-five farmers have filed a judicial protest before the First Hall of the Civil Court.

In the judicial protest filed by lawyers Franco Debono, Amadeus Cachia and Claire Bonello, the farmers are arguing that there is a threat that the government would seize their fields after the publication of a legal notice advising that around 226 tumoli of fields would be needed to expand the site.

This, they argued, would breach their property and human rights. The protest also states that the current facilities are not in conformity with the law. 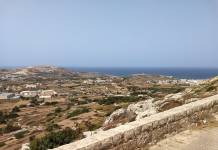 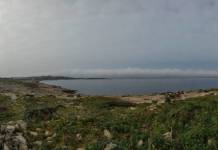 Joining the protest on Saturday morning was also Moviment Graffitti. The activist group said they were shocked when they heard the news that the government is planning the expropriation of agricultural and natural land in Magħtab at the detriment of the farmers. Moviment Graffitti said that the land approximately adds up to the size of 31 football grounds.

Environment Minister Aaron Farrugia posted on Facebook his reaction to the protest. Minister Farrugia said that although he can understand the anger and frustration of the farmers and residents of Magħtab he is obliged to secure a holistic and sustainable environmental plan.

Minister Farrugia also said that next week he is to meet with farmers, residents, NGOs and other stakeholders to discuss the matter.

Activist group Repubblika expressed its solidarity with the affected farmers. It said that Wasteserv was used to award jobs to those who did not deserve them. With such corruption, the waste sector was not managed correctly, which led to the situation at hand.

It stressed the need for a holistic plan that studies the reason behind the production of the large amounts of waste, which also proposes measures to reduce said waste. Furthermore, the plan must do this via educational programmes as well as legislation if required.