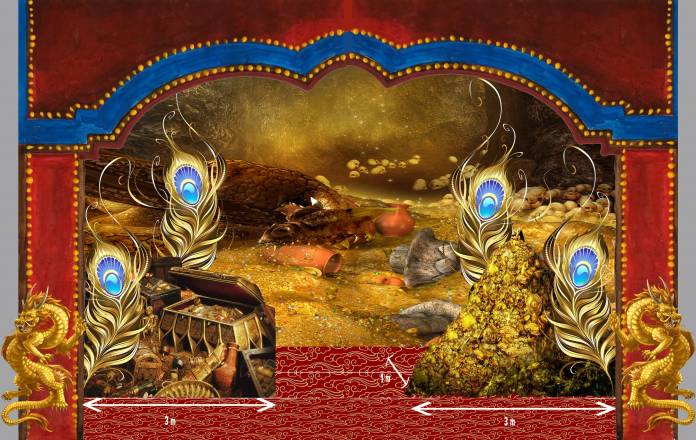 With just weeks to go until opening night, the extensive ensemble of MADC’s pantomime Aladdin is being kept busy with rehearsals under the direction of Michael Mangion, vocal coach Roger Tirazona, musical director Ryan Abela, and choreographer Francesco Nicodeme.

Yet while the acting, dancing and singing fills the MADC’s Clubrooms with drama, elaborate toe-tapping dance moves, and melodious harmonies, the backstage team are hammering, sewing, and painting in preparation for opening night on the 23rd December.

The panto’s behind-the-scenes operation is as vibrant and demanding as what goes on onstage.

“The setting of the story – in the magical and mysterious Orient – has inspired the creative team to come up with some amazing and spectacular designs,” says Mangion. “We have a whole army of people that numbers way more than the cast, including our departments for wardrobe, set and prop construction, lighting, projections, and sound, and the marketing and front-of-house teams – it is one of the largest teams we have ever had. They are all coming together to bring the production to life, and the results are already so exciting.”

MADC audiences this year will be treated to an array of over 100 new costumes, all beautifully designed by Isabel Warrington. Warrington also leads the costume team, which is busy creating all kinds of outfits – from simple peasant costumes, to elaborate creations and complicated works of ‘engineering’ for the Dame, played this year by Alan Montanaro, who has also written the script.

“The set construction team has almost as many bits of scenery, designed by Antoine Farrugia, to build and paint, and they will all come together with newly-designed projections to create the most stunning of oriental scenes,” continues Mangion. “Tying everything together is the sound team, which ensures that everything on stage is clearly communicated to the audience, and the lighting team which creates the right ambience for each moment.

“It’s a tremendous team effort,” he concludes, “guaranteeing the high standards of spectacle that the MADC has been offering its panto audiences since 1978.” 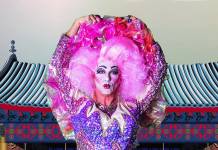 Reuters   January 28, 2020
The case raises concerns about the spread of the flu-like virus that broke out in the central Chinese city of Wuhan at the end of last year and has killed 106 people and infected more than 2,800 people.

Amy Borg   January 29, 2020
In a statement issued by the Maltese Government, an agreement has been reached for the disembarkation of two NGO boats that have been in Mediterranean waters intercepting immigrants during the last few days.