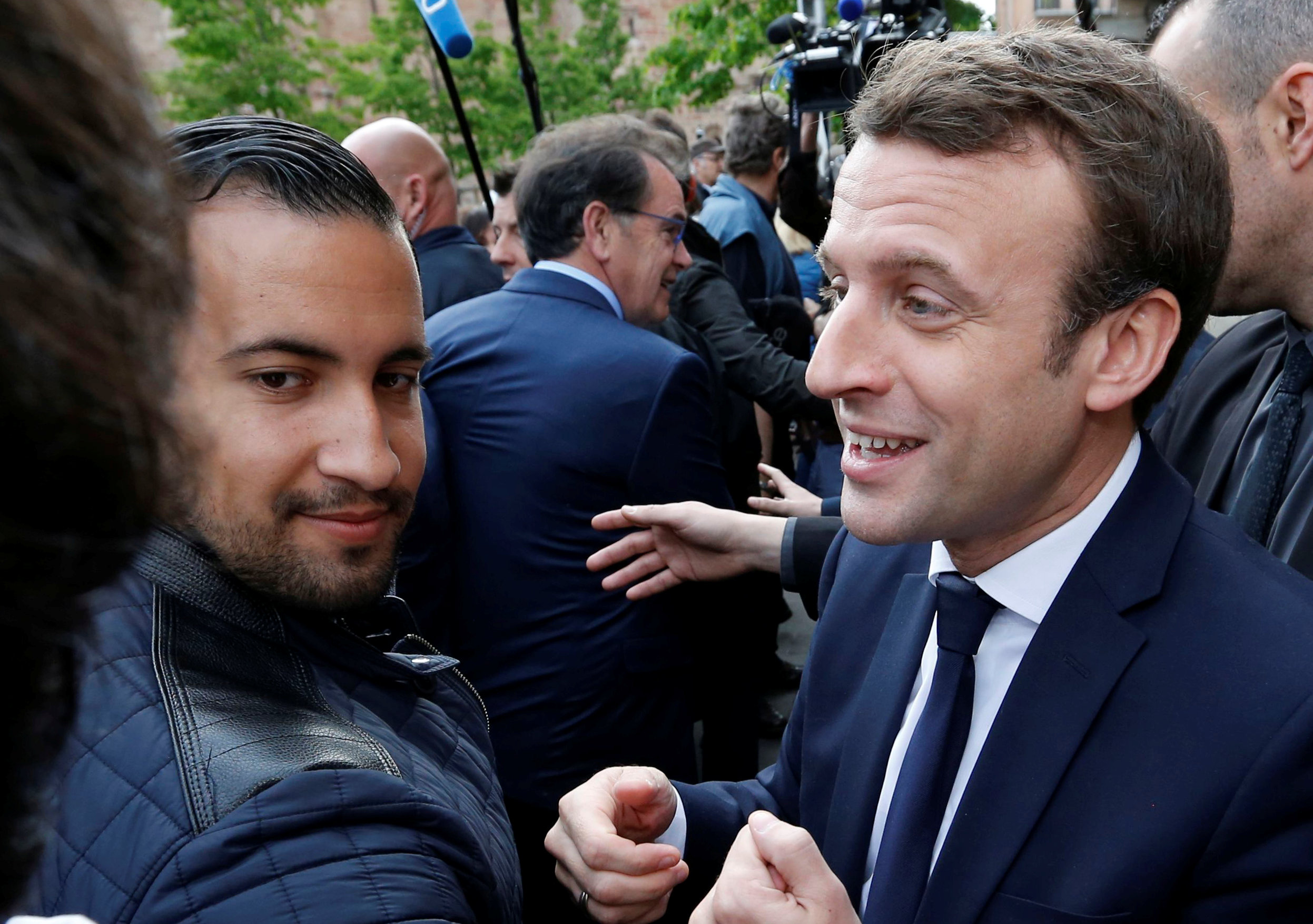 French President Emmanuel Macron fired the head of his personal security detail on Friday but faced criticism for failing to act sooner, after video was released showing the man posing as a police officer and beating a protester while off duty in May.

Alexandre Benalla, who as Macron’s top bodyguard has long been a fixture by his side, was taken into custody for police questioning over the incident, which took place when Benalla appeared at May Day protests in a riot helmet and police tags.

He had initially been suspended for just 15 days and allowed to return to work. Just days ago he was seen in public helping to organise security for celebrations for the return of France’s World Cup champion soccer team.

Lawmakers have launched a parliamentary inquiry into the incident itself, the lenient initial punishment and the failure of the authorities to report Benalla promptly to the judiciary.

In the footage, which was released on Wednesday by Le Monde newspaper, Benalla can be seen dragging a woman away from a protest and later beating a male demonstrator. On Friday, French media released a second video which showed Benalla also manhandling the woman.

He had been given permission by the president’s office to attend the protests as an observer of the security operation, but had no authorisation to take part in police work.

The president’s office brushed off accusations that it had responded only because the nearly three-month-old videos had become public. It said the decision had now been taken to fire Benalla because the bodyguard had improperly obtained a document while trying to make his case over the accusations.

Critics of Macron called the president’s delayed response a characteristic sign that he is out of touch. It follows controversies over government spending on official crockery, a swimming pool at a presidential retreat and cutting remarks by the president about the costs of welfare.

After hours of debate in the lower house on Thursday, lawmakers agreed to launch a parliamentary inquiry.

“Why did he protect this person? Does he head up a parallel police force? Refusing to answer makes (Macron) complicit in these acts of violence,” Eric Ciotti, a senior member of the conservative Republicans party, said on Twitter.

Several French media outlets reported that Interior Minister Gerard Collomb, who on Thursday asked for an internal police investigation into the incident, had been aware of the video on May 2, the day after it was filmed.

Judicial sources said Benalla was now being questioned both over the incident itself and over his acquiring police footage of the incident after Le Monde reported the story. Three police officers were suspended on Friday, including two suspected of passing footage to Benalla, the interior ministry said.

A second man, who worked for Macron’s political party and was alongside Benalla during the protests and also seen manhandling a protestor, was also taken into custody on Friday, judicial sources said.

Police also questioned Macron’s chief of staff, Patrick Strzoda, who initially handled the matter in May.

After the 15-day suspension, Benalla was brought back into the president’s immediate entourage. He appears in many photos alongside Macron during public events and private trips, including a skiing holiday in December.

“This is an extremely bad phase for the president and I am not sure that reacting late will change the situation,” Jean-Daniel Levy, a political analyst for Harris pollsters told Reuters. “It reinforces the image of a rather authoritarian person who sometimes shows arrogance.”

Bolsonaro fiddles while the Amazon burns