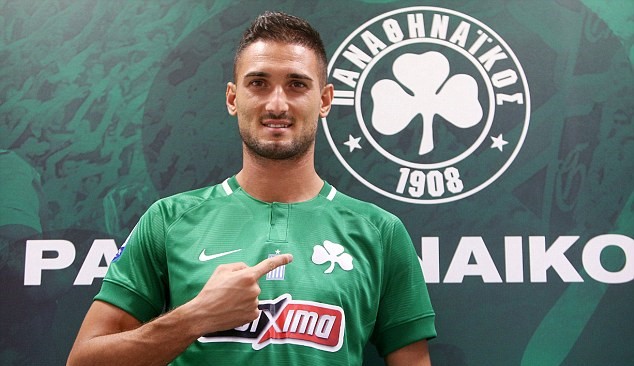 Former Manchester United player Federico Macheda has joined Greek side Panathinaikos after leaving Novara where he managed to score 10 goals in 49 league appearances. The striker grabbed the attention of football fans when he scored a brilliant goal on his Manchester United debut.

The Italian player was just 17-years-old when he came off the bench to score a late winner against Aston Villa in 2009. However Macheda failed to become a first team player at Old Trafford and was loaned out to Sampdoria, Queens Park Rangers, VfB Stuttgart, Doncaster Rovers, Birmingham City and Nottingham Forest before joining Cardiff City on a free transfer.

Reuters   March 29, 2020
Chanel also said it would not be putting any of its 4,500 employees into temporary unemployment as it weathers the sharp downtown in economic activity.

Amy Borg   March 28, 2020
Independent candidate and former Chairperson of Alternattiva Demokratika, Arnold Cassola said that Prime Minister’s behaviour during an interview aired on TVM during the news bulletin was appalling.

Reuters   March 27, 2020
As the coronavirus pandemic sweeps across Europe, prompting restrictions on public life and putting unprecedented strain on hospitals, pregnant women like Legat are preparing to give birth with a mixture of anxiety, anger and hope.