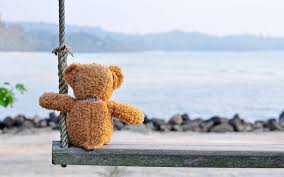 The volunteers staffing Supportline 179 are trained to deal with many psychological crises and difficult life situations, but it turns out many callers simply need to have someone they can talk to.

Figures on the calls made to Supportline 179, covering the first half of this year, were presented in parliament this evening following a parliamentary question made by government whip Byron Camilleri.

A total of 6,359 genuine calls were received between January and June, the figures tabled by Social Solidarity Minister Michael Falzon show. Naturally, calls may deal with multiple issues, but were categorised according to each caller’s main concern.

A staggering 2,000 calls were made by people who primarily sought someone who would listen to them, while a further 611 callers sought support due to loneliness.

Family issues are another issue that the helpline’s volunteers have to deal with, including 469 calls concerning domestic abuse, 207 concerning child abuse and 684 dealing with other family issues, including marital problems and issues in parent-child relationships.

A total of 162 calls dealt with addictions, including 62 focusing on alcohol, 89 on other drugs and 11 dealing with gambling.

Mr Camilleri’s question specifically narrowed the figures down to genuine calls: the prevalence of hoax calls is an unfortunate reality the helpline has to deal with. Figures released a few years back indicated that a third of callers were either hoax callers, had dialled the wrong number or hung up as soon as the call was answered. The helpline is run by Aġenzija Appoġġ and manned by volunteers who receive professional training. In its website, the agency warns against hoax calls, pointing out that people in a crisis or in need of urgent help may find the line busy while someone uses the helpline inappropriately.