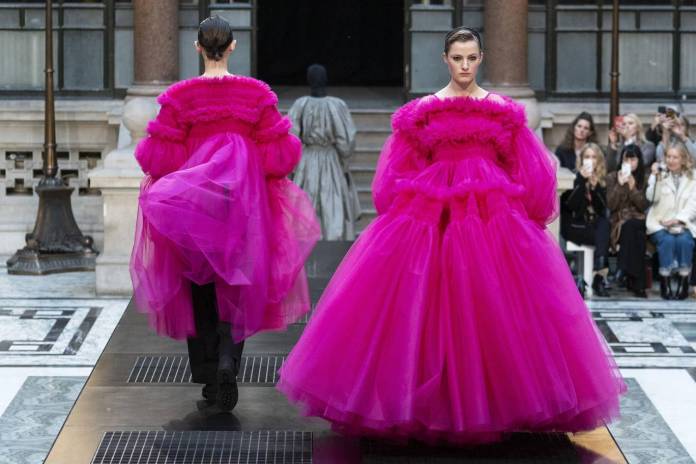 London Fashion Week is in full swing, celebrating Britain’s most esteemed design talents. Over the course of five days, editors, buyers and social media influencers will come together to see what brands have up their sleeves for spring/summer 2020.

But this September could mark the beginning of a seismic shift in the fashion industry. With the increasing likelihood of a no-deal Brexit looming and environmentalists putting pressure on the British Fashion Council (BFC) to cancel fashion week altogether, there’s a very real chance that this bi-annual trade event might never be the same again.

At LFW you can expect anything, from sartorial masterpieces to political statement, all’s fair in love and fashion. Molly Goddard has become one of the most anticipated London Fashion Week shows since Jodie Cromer from Killing Eve combined biker boots with a candyfloss ballgown.

Meanwhile, British accessories maverick Anya Hindmarch was back with yet another playful runway, having previously entertained attendees with sets featuring chubby bean bag clouds and a giant woven tunnel.

Rixo has fast become one of those brands that even people who know nothing about fashion will have heard of. It’s slinky leopard print gowns and its retro swimwear have been making fashion statements over the past year.

Meanwhile, here is a look at the frenzy which goes on behind the scenes.