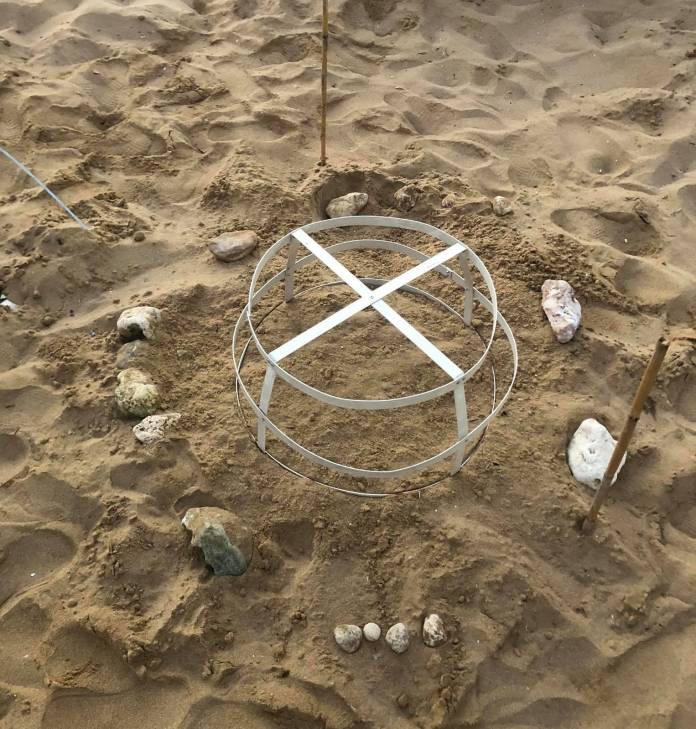 A loggerhead turtle has nested again at Golden Bay. Nature Trust Malta (NTM‐FEE) has confirmed the nesting with the collaboration of different individuals and private entities.

In a statement, the Environment and Resources Authority (ERA) officers also went on site to cordon off the area and are monitoring the situation.

An Emergency Conservation Order will be issued by ERA to ensure more direct protection to the nesting area. As for other nesting cases in the Maltese Islands and the world, excessive noise and trampling in the nesting area and unnecessary artificial lighting in the area pose a danger to turtle eggs and any hatchlings. ERA is therefore calling for the public’s collaboration in reducing impacts to such nests and that any observations of any environmental illegality or turtle activity should be immediately reported to the authority.

The Environment and Resources Authority notes that this is the second reliably confirmed nesting of loggerhead turtle this year.

The authority said that this nesting episode in Golden Bay is interesting as it comes four years after the 2016 episode. Such increased nesting records may be due to increased site fidelity in sea turtles in relation to Maltese shores, marking a positive indication towards a more permanent comeback of this species in terms of loggerhead turtle nesting in Malta.

Recent studies carried out by ERA have confirmed that the loggerhead turtle is currently at a favourable conservation status and improving in the Maltese Islands and, whilst acknowledging that more long-term monitoring is required, the abundance and distribution of this species in Malta seem to be indicative of long-term viability. This is possibly also due to increased protection in Malta and the Mediterranean, as well as rehabilitation programmes for injured and stranded turtles being undertaken in the Mediterranean region, including Malta.

The loggerhead turtle (Il-fekruna l-komuni), scientifically known as Caretta caretta is a long-living, slowly maturing marine species that inhabits tropical to warm temperate areas. This species is classified as globally endangered by the World Conservation Area (IUCN) and is also protected by various national and international legislation.