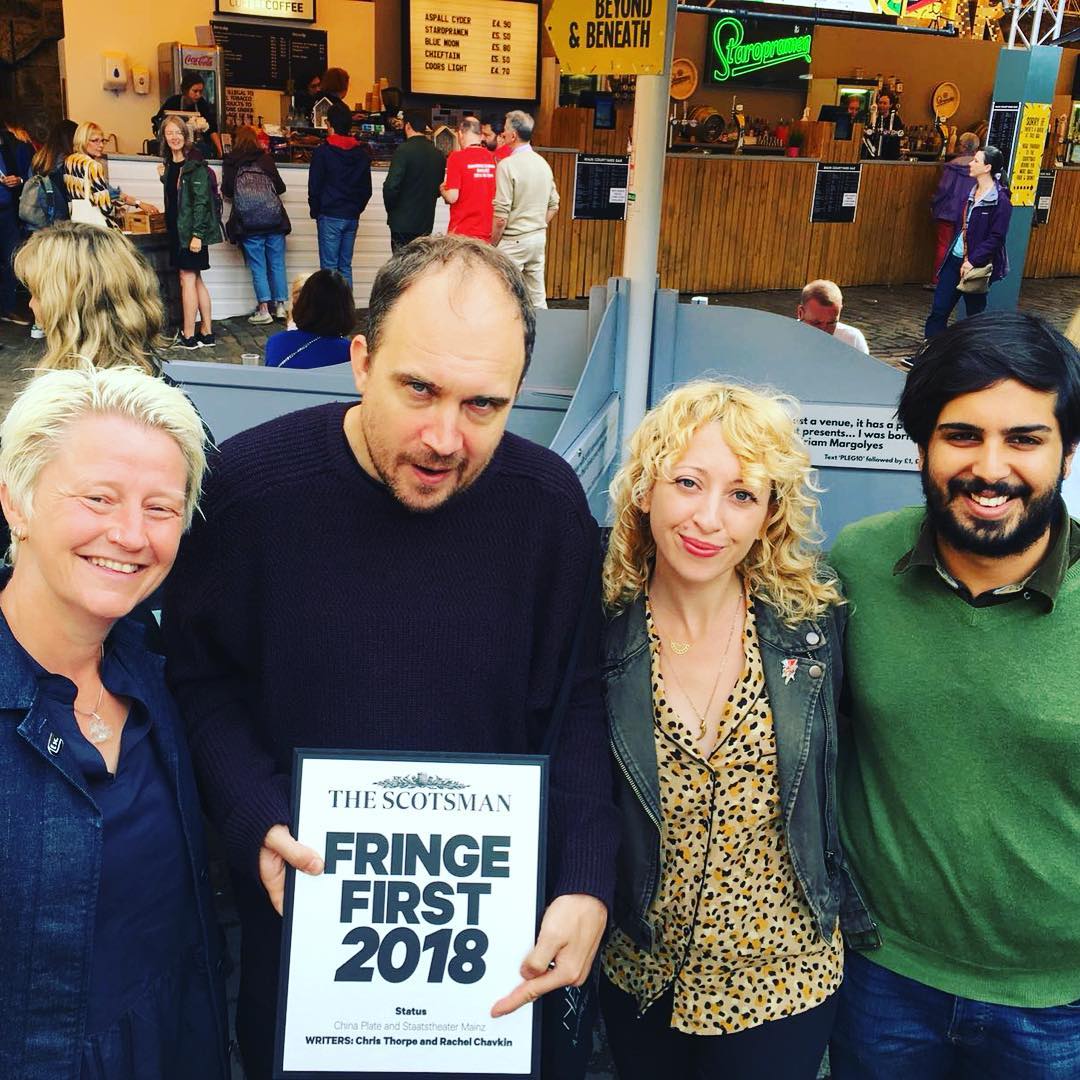 Vikesh Godwani, who read for an MA in Arts and Cultural Management at King’s College, London, most recently worked as an assistant producer with China Plate in London and Edinburgh over this year’s  Edinburgh Festival Fringe.

Two of their productions ‘Status’ and ‘Exhale’ won the prestigious Fringe First Award, judged by the team of critics from Scotland’s national broadsheet, The Scotsman.

“While in Edinburgh, I also got the news that my contract with China Plate would be extended beyond the festival and that I’d be leading on two very exciting projects in the autumn, a tour of Point of Echoes and Trying It On; the latter having a run at The Royal Court among other places,” Vikesh told Newsbook.com.mt, clearly delighted by the news.

“Such experiences required me to wear both my creative and administrative hats as my tasks ranged from conceptualising events and programming artists to budgeting, writing funding applications, issuing call-outs, liaising with artists and arts organisations, and promoting the events on social media,” he said.

One of Vikesh’s most recent events, Cut The Bakwaas – which took place at Rich Mix’s main space in April in East London, after being awarded the prestigious Pitch to The Mix Prize – was an evening of multi-disciplinary performances, celebrating British South Asian artists.

He also produced and directed a performance of Polyester Princess at Battersea Arts Centre which dealt with themes around the LGBTQ + community and body dysmorphic disorder.

“I am currently in the process of applying for funding to develop the piece and find a home for it within the next year. The projects I often choose to work on highlight that my commitment as an individual and now as a producer have always been to encourage diversity by telling stories that usually go unheard,” he explained.

Vikesh says he is also fortunate enough to have kept his ties with the theatre industry in Malta:

“I am currently co-producing, writing and directing a pantomime in the dark, commissioned by the national theatre company, Teatru Malta. I am extremely excited about the project as not only is it my first project in Malta in over three years but also because I will be working on it with my long-time collaborator Marta Vella.”

Faxex – the story of Lazarus and his family

Watch: Teatru Pandora – a blast from the past

Coryse Borg   March 31, 2020
Washing hands need not be a boring and tedious chore. On the contrary, it can be fun, especially when accompanied by a lively tune.

Amy Borg   March 31, 2020
This week The Malta Chamber of Commerce has continued to gather information from all sectors of business and held virtual discussions with a team of 30 expert CEOs from the world of finance, banking and innovation and is currently finalising a new position which is to be presented to the government to continue addressing businesses and the economy.

Coryse Borg   March 30, 2020
Across the globe, companies and NGOs are stepping up action for their communities to help people stay as safe as possible amid the Covid-19 outbreak.

Edinburgh festivals will not take place in August