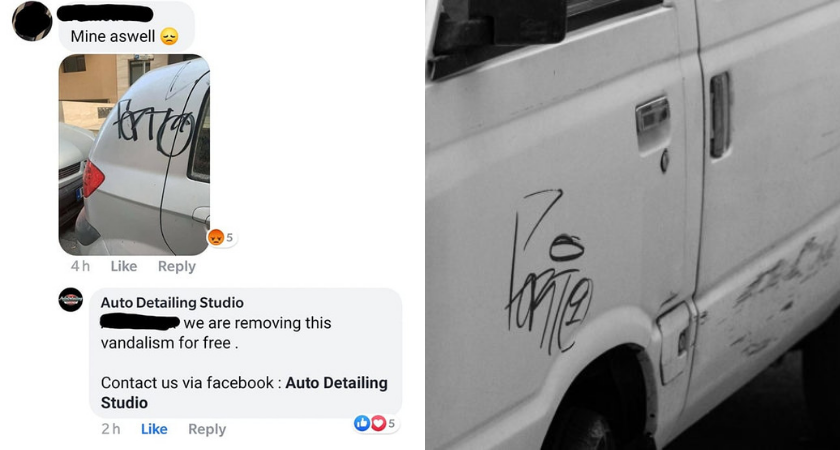 A local company has offered its services for free to the owner of a car that was vandalised with graffiti in Sliema. The same graffiti was also found on walls of houses and other properties.

Sliema local council published a photograph yesterday of a young man whom has been identified spray paiting walls and cars in Isouard Street in Sliema. In a Facebook post, the council said it condemned the acts of vandalism on private properties and resident’s vehicles.

Meanwhile a company called Auto Detailing Studio said it would be offering its services free of charge to those affected. Many praised the company this bold gesture.

Last month a 37 year old man was given 450 hours of community service and a fine of almost €10,000 for being caught for putting up graffiti on buildings in the City.

Maltese resident accused of being a member of ISIS; arrested in Hungary