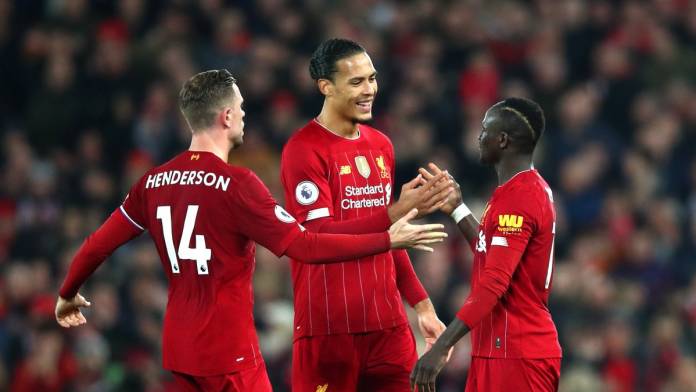 Juventus manager Mauricio Sari rested Cristiano Ronaldo for the home game against Brescia. The Bianconeri needed to deliver after their defeat at Verona last week. Brescia was reduced to 10 men after Florian Aye’s second yellow after 37 minutes. From the resulting free-kick, Paulo Dybala scored with surgical precision. Juan Cuadrado made it two after 75 minutes as Juventus also welcomed back captain Giorgio Chiellini, who returned to action after a six month lay off with cruciate ligament damage. Lazio and Inter met in an unforeseen Scudetto showdown at the Stadio Olimpico in Rome. In an evenly shared first half, it was Inter who took the lead from an unlikely source. Lazio was caught on the counter when goalkeeper Strakosha punched away a Candreva strike it was Ashly Young who volleyed home his first goal for the Nerazzurri after joining them from Manchester United in January. Lazio drew level 5 mins into the second half when they awarded a penalty for a push by Stefan de Vrij on Ciro Immobile. The striker picked himself and blasted the ball into the back of the net from the penalty spot. The Aquile took the lead in the 69th minute as Sergej Milinkovic-Savic scores from 14 yards out. Inter couldn’t find a way back into the game and Lazio succeeded to hold on to the result which puts them one point behind leaders Juventus. Inter drop down to third, two points below Lazio.

Liverpool on the cusp

Liverpool is just five wins away from winning their first top-flight title in 30 years. On Saturday they moved a step closer when they beat bottom of the table, Norwich, at Carrow Road. Sadio Mane scored the winner for the Reds with 12 minutes remaining. Tottenham Hotspur leapfrogged Sheffield United into fifth place after an injury-time goal by Son Heung-Min gave them three important points in an entertaining game away to Aston Villa. The Villains took the lead with an own goal by Toby Alderweireld after 9 minutes. The Belgian atoned for his error by equalizing with a shot into the top right corner in the 27th minute. Spurs took the lead just before half time when Son scored followed up to score from the rebound after Pepe Reina had saved his penalty kick. Bjorn Engels headed in from a Jack Grealish corner to make the score 2 -2. With the game heading deep into injury time, Son gave Tottenham all three points. On Friday Wolverhampton Wanderers hosted Leicester City played out a nil-nil draw in a game full of incident and goalscoring chances. The result leaves the Foxes one point below second-placed Manchester City, while Wolves remain seventh with 36 points.

John Paul Cordina   January 12, 2021
A total of 251 police officers have been in the force for more than 25 years, the period which entitles them to a full pension.