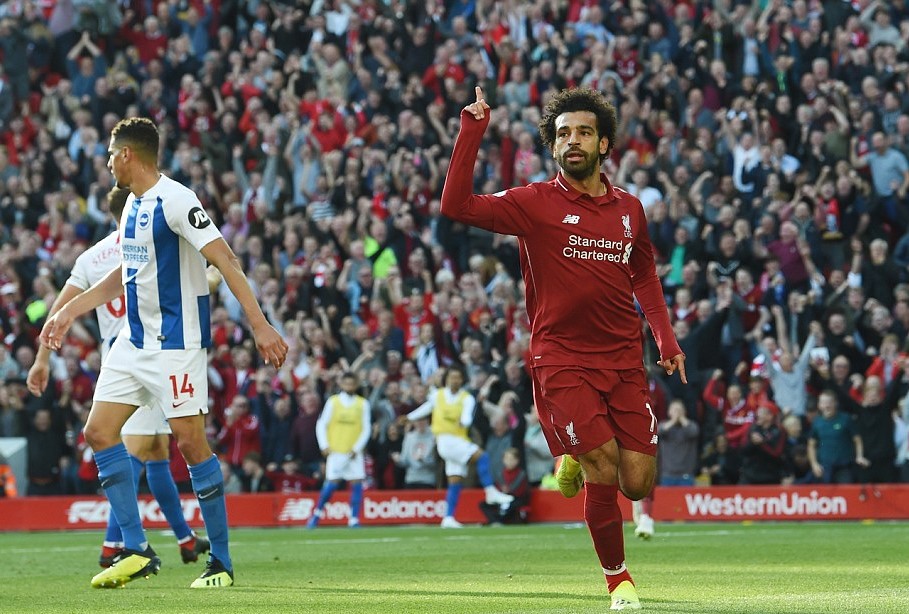 Mohamed Salah’s strike secured all three points for Liverpool as Jurgen Klopp’s side have so far won all their Premier League games while Manchester City were held to a 1-1 draw by Wolverhampton.

The Egyptian forward has now scored 29 goals in 29 games at Anfield as Liverpool went top of the league for the first time in nearly two years. The Reds almost gained the lead after 4 minutes as Sadio Mane’s low shot from the edge of the area went narrowly wide. Salah made made no mistake in the 23rd minute as he scored with a precise left-footed shot after Brighton had lost possession in their own half.