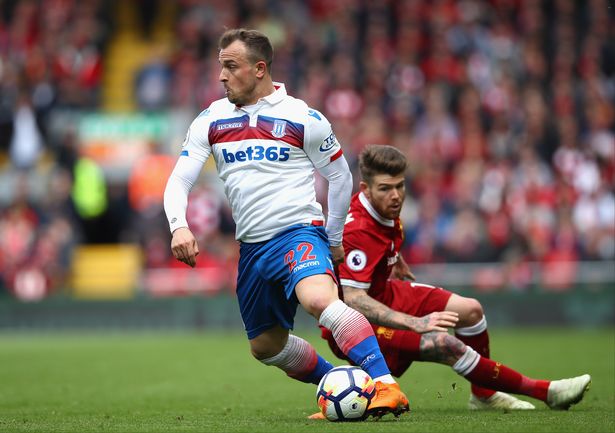 Xherdan Shaqiri is set to become Liverpool’s fourth signing of the summer after undergoing a medical today.

The 26-year-old Swiss international was also on Lazio’s radar but decided to stay in the English Premier League following Stoke City’s relegation. The latter are expected to retrieve £13.75m for the former Bayern Munich winger.

Shaqiri is a technically gifted player who can play on both flanks and scored 8 goals for The Potters in 2017-18. He almost joined Liverpool in 2014 after falling out of favour when Pep Guardiola took charge of Bayern Munich but then opted to sign for Inter Milan.