Eleven new cases of coronavirus were identified in the last 24 hours, bringing the total up to 213. All patients who are in good health contracted the virus locally and none were travel-related. Among those who tested positive there is another resident from Ħal Far Open Centre and a two-year-old girl. 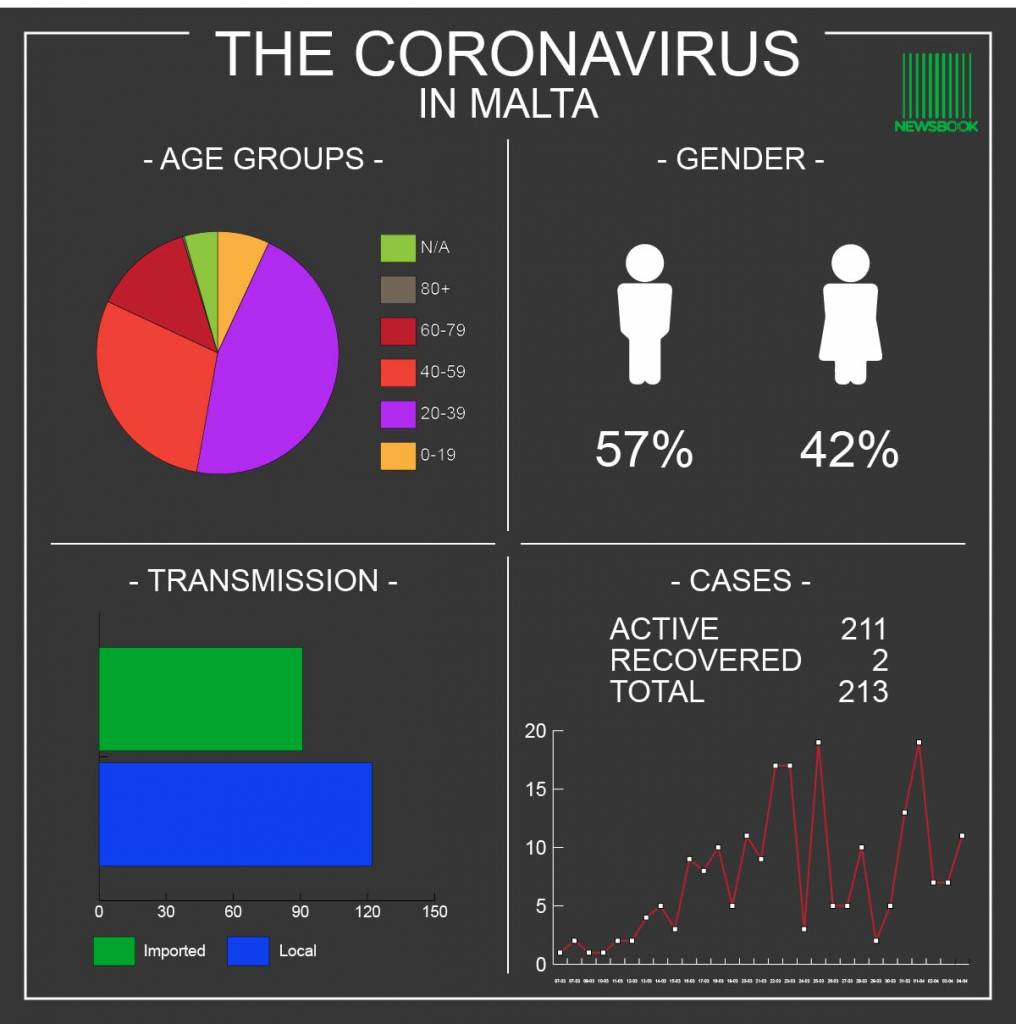 Why have only two patients recovered so far, four weeks later?
Professor Gauci reiterates that for one to have recovered, the patient has to test twice negative. She explains that they are reviewing their protocols in this regard.

Why was a public health emergency declared?
The Legal Notice empowers the Superintendent of Public on measures of isolation and quarantine. Professor Gauci highlights that these measures are taken in the light of a public health threat posed by Covid-19.
Monique Agius
12:39 Professor Gauci updates the public on the stranded Maltese couple. A protocol was drafted to transfer them to Malta.
Monique Agius
12:39 Woman, 40, who developed symptoms. She didn't go to work. Two of her relatives tested negative.
Monique Agius
12:37 A foreign woman, 28, who resides in Malta. She developed symptoms on 1 April. Contact tracing underway.

A foreign man, 24, who resides in Malta. His six housemates have been quarantined. Contact tracing underway, as well as a risk assessment of his workplace.

Man, 31, who is a healthcare worker. His housemate is in quarantine. The authorities are carrying out contact tracing of patients and staff.

Man, 35, who resides with three other foreigners. Risk assessment at work place underway.

Man, 66, who was admitted to hospital with an unrelated condition. The man who needs an operation tested positive to Covid-19.
Monique Agius
12:35 Case details:

A Maltese woman, 74, who went to hospital on Friday for an unrelated reason and subsequently tested positive. She's recovering at the Infectious Diseases Unit. Contact tracing underway.

A Maltese man, 50, who developed symptoms on 25 March. Two of his family members are being tested.

A girl, 2, who developed symptoms on 3 April

A man, 26, who lives at Hal Far Open Centre. He had no direct contact with the other patient who tested positive but lives in the same area. Five other residents have been quarantined. Symptoms developed on 30 March.
Monique Agius
12:34 Three patients are at ITU.
Ten patients are held at the Infectious Diseases Unit at Mater Dei Hospital.
Two patients are at the psychiatric unit.
Four are at Boffa Hospital.
16 are at St Thomas Hospital.

All patients are in good health. The person who was breathing with the help of a ventilator remains in the same condition as before.
Monique Agius
12:33 659 swab tests were carried out overnight, 11 of which tested positive. They were all contracted locally.
Monique Agius
12:25 Yesterday Superintendent of Public Health Professor Charmaine Gauci announced seven new cases, four of which were travel related. The first resident at an Open Centre has tested positive to coronavirus while a second LIDL employee also tested positive.
Monique Agius
12:23 Don't forget to download our Newsbook App to receive the latest updates or subscribe to our WhatsApp alerts
Monique Agius
12:09 Good afternoon and welcome to Newsbook.com.mt live blog.
Monique Agius

On Friday seven new coronavirus cases were reported bringing the total up to 202 confirmed cases. Four of the newly reported cases were travel-related while three were locally transmitted.

A public health emergency was declared over the coronavirus outbreak in Malta by the Superintendent of Public Health in a legal notice published on Wednesday. 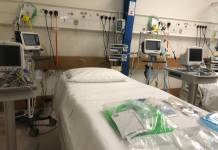