In her announcement, Professor Gauci said that the elderly person from Gozo has been transferred to the intensive therapy unit after his situation is no longer stable. The 61-year-old man does not have a travel history. 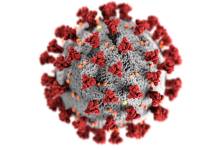 A total of 233 tests were carried out on Friday out of which nine tested positive for coronavirus. Professor Gauci said that swab tests have also been carried out on a corpse after the person died of natural causes.

A 21-year-old Maltese female who was not abroad but had a relative who had returned from the United Kingdom on 9 March. The patient who is a university student showed symptoms associated with coronavirus on 19 March, however, she attended her last lecture on 10 March. Professor Gauci described the situation as under control since there was one household member.

A 44-year-old man from Somalia who resides in Malta was the second person to test positive. The man who had been to Brussels, developed symptoms on 17 March. The man abided by the quarantine rules and therefore the case was contained. Only two individuals who share the residence with him have been in contact. The two individuals have been placed under quarantine.

A 41-year-old foreigner who is a married to a Maltese national developed symptoms associated with coronavirus on 15 March. Professor Gauci said that the case indicates that he contracted the virus via local transmission and the health authorities are currently carrying out contact tracing procedures at his place of work and family.

A 55-year-old man who did not recently travel or come into contact with known cases also tested positive to coronavirus. The man became symptomatic on 14 March and had last been to work one day prior. The health authorities are carrying out contact tracing procedures at his work place.

A 25-year-old woman who lives in the United Kingdom and returned to Malta on 19 March was the fifth person to test positive for coronavirus. She developed symptoms associated with coronavirus on the same day as she returned to Malta. The health authorities are carrying out contact tracing procedures to assess the risk for passengers who were on the same flight. The woman who lives on her own obeyed quarantine rules.

Another case involves a 24-year-old Italian woman who lives in Australia but came to Malta. The woman transited via London. Upon landing she followed quarantine rules. Her relatives have been placed under quarantine.

A 49-year-old woman who works in a school and is without a travel history also tested positive to Covid-19. The woman did not travel recently however she was in contact with someone who tested positive for coronavirus. The schools had already been shut when she became symptomatic on 19 March. The last time she went to school was on 12 March.

A 68-year-old Maltese woman who returned to Malta from London on 16 March and was in quarantine also tested positive for coronavirus. She exhibited symptoms on 18 March and was not in contact with other people.

Professor Charmaine Gauci has urged the public who went to Balzan Pharmacy on 16 and 17 March to go into self-isolation after an employee contracted the virus. The superintendent of public health referred to a social media post uploaded by the pharmacy and appealed to those who had visited the pharmacy to go into self isolation.

She explained that there is no need to take a swab test from every individual however, those who have been to the pharmacy are being urged to call the helpline 111 if they start developing symptoms. The case was announced on Friday.

Speaking to Newsbook.com.mt, a spokesperson for Balzan pharmacy explained that the contact of infection is not known.

Staff members who had been in direct prolonged close contact with the employee who had tested positive were placed under quarantine.

The pharmacy was closed on Thursday and Friday in order to conduct professional fumigation which targets Covid-19.

Additional measures were implemented to ensure the safety of both personal and clientele as much as possible. The measures undertaken by the pharmacy include the installation of perspex screens, the removal of unnecessary objects from the counter among others.

The pharmacy resumed its services on Saturday.

Professor Gauci also referred to the social media post regarding a bank employee and said that to date there was no bank employee who tested positive. 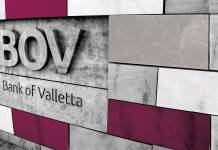