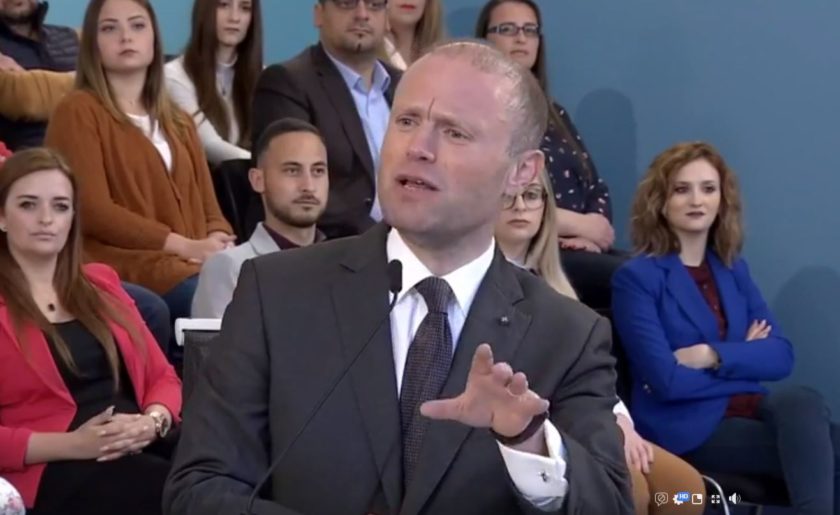 During a political debate transmitted on TVM on Friday, Prime Minister and Partit Laburista (PL) leader Joseph Muscat said that he has learnt a lot from the array of humble jobs that he had to do in his life and does not see wrong when parents urge their children to progress socially.

Muscat persists on the tunnel connection

Joseph Muscat said that he cannot understand the U-turn that the Partit Nazzjonalista (PN) and Opposition leader Adrian Delia made on the tunnel connection project between Malta and Gozo, and added that one cannot rely on the Opposition as they are going against their own commitment.

The Prime Minister also said that the tunnel project had been part of various PN electoral manifestos, and had been unanimously given the go-ahead from the entire Parliament.

Muscat also mentioned how the PN retracted from other pledges it made in the past and gave the example of when it did not reduce the income tax rates immediately after the 2008 election as it had previously promised.

The Prime Minister said that his party had delivered upon its promised free childcare and reduction on various bills.

Touching on the Local Councils’ election, the Prime Minister said that it’s up to the people living in Gozo and the south of Malta to judge whether Beppe Fenech Adami is right or not when he said that PL supporters are not voting.

He also stressed on the fact that the PN created a strategy to damage the PL that is also disrespecting its own supporters who vote in localities where the PN is in the minority.

He appealed to to all PN supporters who feel hurt by their party’s actions, to protest, and give their vote to the PL this time around.