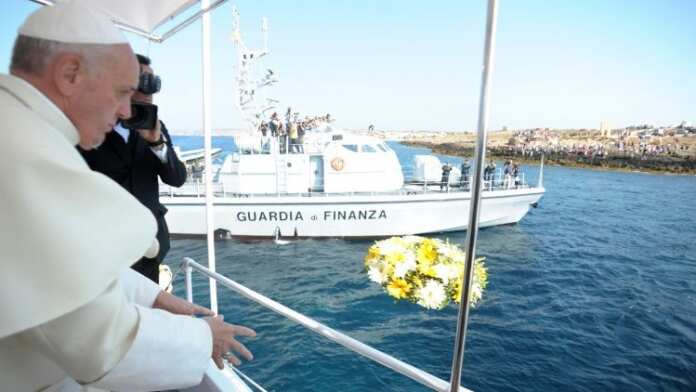 Pope Francis celebrated Mass to commemorate the fifth anniversary of his visit to Lampedusa, the tiny Italian island which offered shelter to thousands of Africans who left their country to find a better life in Europe.

The Mass, which took place in the St. Peter’s Basilica, and which was attended by around 200 people including several refugees, offered a moment of prayer for those who died at sea, for the survivors and their caregivers.

The visit which took place on the 8th July 2013, marked the Pope’s first official trip outside Rome. Pope Francis then condemned what he called a “globalization of indifference”.

Five years ago in Lampedusa, Pope Frances called for repentance over the treatment of migrants.  Today, five years later, he conveyed the same message.

Read more in this Newsbook Editorial.