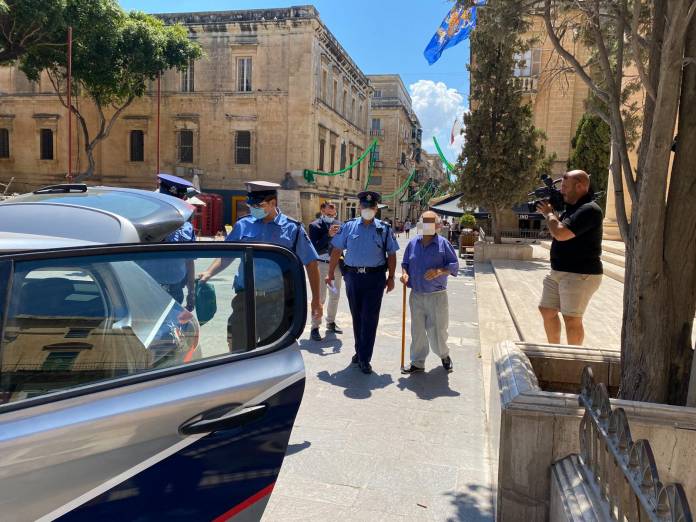 A 68-year-old man who was arrested in connection with the murder of his son following an argument on Friday morning in Għaxaq will be arraigned in court on Saturday afternoon.

The man is being accused with murdering 37-year-old Antoine Dalli.

He is also accused of firing a weapon in a residential area. Further he is accused of committing a crime during a period while a suspended sentence which was handed down earlier was still operative.

Lawyer Lennox Vella is appearing for the accused.

Lawyers Lennox Vella and Marisa Mifsud appearing for the man set to be accused with the murder of his son are also in the courtroom.

Only father of victim interrogated in connection to the case – Police

Addressing the press, Police spokesperson Brandon Pisani said that the 37-year-old victim was killed after he was fatally shot in the abdomen. The police were informed about an argument at the residence and a shooting through an anonymous call.

The police have only interrogated the father in connection to the murder.

The case happened on Triq il-Gudja after a row between the father and son at the father’s home at around 11.15am.

The victim was shot in the middle of the abdomen.

The weapon which was allegedly used in the crime was found on the bed. It was seized.
Monique Agius
12:15 The police were informed through an anonymous call about an argument in a residence in Hal Għaxaq. A second call informed the police about a shooting.
Monique Agius
12:14 The victim was fatally killed with one shot in the abdomen. This resulted from the autopsy held this morning.

The 68-year-old man who is father the victim will be arraigned in court at around 1.30pm before a court presided over by Magistrate Astrid May Grima.
Monique Agius
12:13 Police spokesperson Brandon Pisani kicks off the press conference. 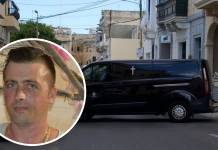