The government cannot send the message to the people that the coronavirus pandemic is part of the past and that now we can return to normality, said Opposition and PN leader Adrian Delia during an interview on Net Television, aired on Sunday morning.

The PN leader said that it is irresponsible of Prime Minister Robert Abela to encourage people to go out and spend money, at a time when families are facing uncertainties and when 11,000 people lost their job due to the pandemic. 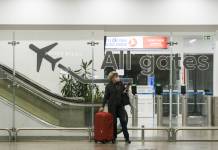 Referring to what Prime Minister Robert Abela announced this morning, that the Malta International Airport will again open as from the 1st of July, the PN leader said that even though the government will re-open our country’s frontiers, the government has not yet announced new economic sectors which Malta will be investing in and attracting post-coronavirus.

Adrian Delia once again appealed to the government to meet with the Opposition to listen and discuss the way forward for the Maltese economy.

Regarding the unannounced visit to Libya by Prime Minister Robert Abela, the PN leader said that the government did not inform the Opposition of the visit and did not communicate the outcome of the visit. During this visit, Malta and Libya have signed a memorandum of understanding on migration. 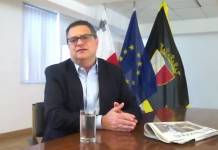