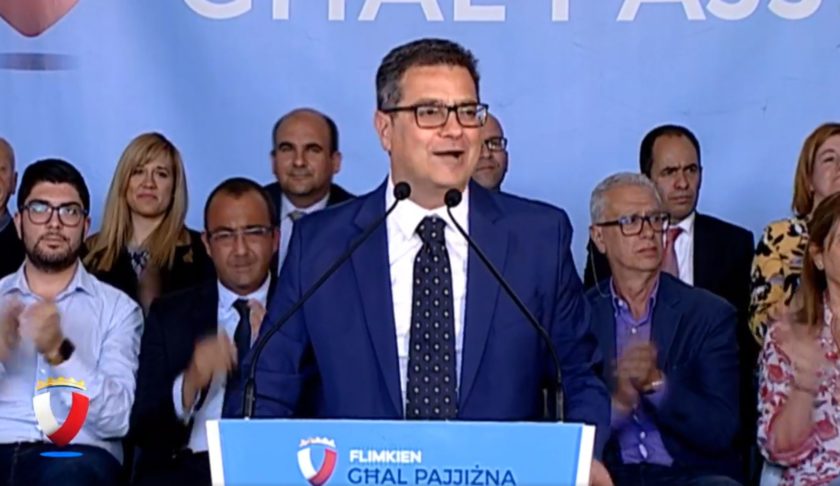 The Leader of the Nationalist Party Adrian Delia said that it’s not right that the government wants to give rights to robots, but not to an unborn child.

He said this during a political activity organized by Team Start, involving Sliema youth. In this activity, young people had the opportunity to ask questions to the PN Leader and PN candidates for the European Parliament elections.

The topics mentioned were immigration, labour and the opportunities the European Union offers young people. When Delia was asked about his impressions of the election campaign, he said that he does not think that the campaign is doing well with young people because they don’t seem interested in politics.

He said he arrived to the political activity angry because he had previously watched the video of Greta Thurnberg, a young Swedish girl who had told EU politicians they were not taking care of the environment and dealing with climate change.

Delia explained that his generation was prepared because the generations before them had taken care to recover from the stark times of war. But according to him, today’s generations were finding everything messed up.

“Let’s not fight over the storeys, but see who might be living underground”

With passion, he urged young people to fight injustice, saying, ‘Let’s not fight over the floors, but see who might be living underground.’

In addition to environmental issues and social justice, Delia referred to abortion and said, ‘No to destruction, yes to life.’ In contrast, he said it is ironic that today ‘we give robots rights but we take the rights of the unborn child.’

Concluding, he said that youngsters should get angry and push for change.

Monique Agius   October 1, 2020
This is the first time that the country has exceeded 2,000 cases in a single day since the end of April.