PN leader Adrian Delia said that the reason why the government will build a prefabricated hospital is because Steward Healthcare have failed to do what our country has paid them to do.

Adrian Delia stated this during a press conference on Saturday which was also addressed by PN MPs Jason Azzopardi and Karol Aquilina.

The PN leader said that if the three hospitals; St Lukes Hospital, Karin Grech and the Gozo General Hospital were transformed as ” state of the art hospitals” as the government had promised when giving the concession of the three hospitals to Vitals Global Healthcare and then Steward Healthcare, then Malta would not need to build a temporary hospital.

He once again referred to the concession agreement as a corrupted deal. Adrian Delia said that the public received nothing in return from this deal and this in itself is immoral.

MP Karol Aquilina mentioned how Vitals Global Healthcare and Steward Healthcare had to invest €179 million to regenerate the three hospitals but till today no improvement was registered. Aquilina said that had St Luke’s Hospital been refurbished as promised by the government, Malta would have had another hospital with almost a thousand beds.

Adrian Delia said that now that the government has put on hold the building of the prefabricated hospital, the Opposition is demanding Health Minister Chris Fearne to provide more information on who will be investigating the allegations of trading in influence and if the result of the investigation will be published immediately.

PN leader Adria Delia said that the Opposition is being cautious on the matter but at the same time expects government to be transparent with the issuing of information and has also an alternative to the building of the temporary hospital.

MP Jason Azzopardi said that the prefabricated hospiatl tender issued by the government is only 5 pages long and does not specify what medical equipment is needed for such temporary hospital to function.

Exposed
A prefabricated scandal in the making – Jason Azzopardi 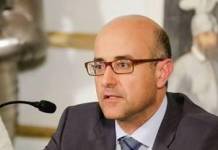 During the press conference, Adrian Delia referred to the measures which come into effect today aimed at protecting the vulnerable and those most at risk from contracting coronavirus. He said that everyone was expecting the government to be more clear and a situation where the Prime Minister has conflicting ideas on the measures announced by Health Minister Chris Fearne, is not tolerable. He said that people should be given clear guidance.

Measures toned down
Lockdown: Abela and Fearne have conflicting ideas 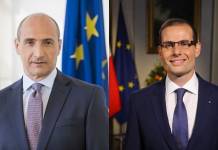