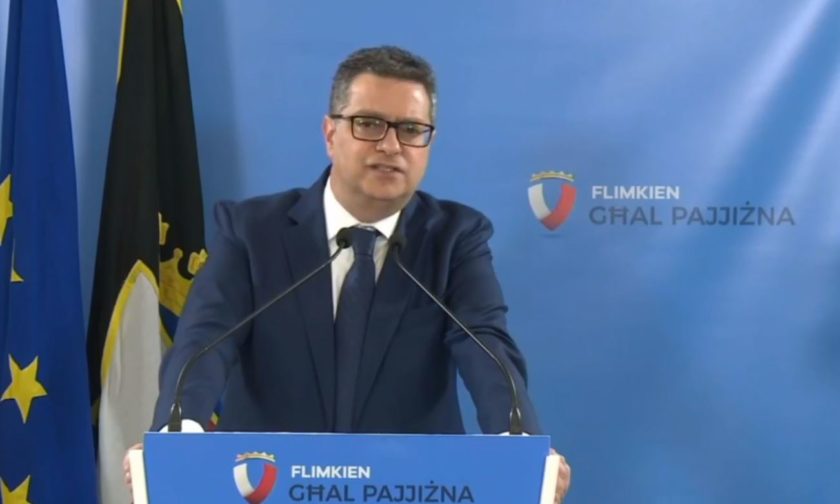 Partit Nazzjonalista (PN) and Opposition leader Adrian Delia said that various Sliema residents have approached him to report their fear following the increased amount of thefts that are taking place in the locality. He said that some are even installing double and triple front doors to their residences.

Delia said this during his address at a political activity held at the PN club of the same locality. He also added that the Police Force is not providing enough security because of their limited human resources.

The leader of the PN thanked all those that perform manual labour. He also thanked the farmers and accused the Prime Minister and leader of the Partit Laburista (PL) Joseph Muscat that his government’s actions are eradicating the farmers’ role simply because their economic contribution is too small scale compared to other economic sectors.

According to Delia, Muscat seems to want to increase the economy only by population. He also said that it is rich of Muscat to say that he would like to see the Maltese as administrators when the current rate of Maltese early school leavers is the second worse in Europe, as the government is not investing enough in our children’s education.

The Socialist government forgot the workers

Touching on those workers that are earning less than €1 an hour, Delia said he got the figures from the Chief Executive of the Foundation for Social wellbeing Alfred Grixti. He added that Muscat cannot keep rebuking this fact as Grixti has also stated such in front of the same Prime Minister.

Delia also said that that the Prime Minister is ignoring the fact that Malta is amongst one of the EU countries where salaries have increased the last in the past years, and such fact is corroborated by statistics from Eurostat.