The Opposition leader Adrian Delia said that the Nationalist Party needs to start believing in itself as this is a party that could win the next elections.

Speaking at the end of the General Council, Delia said that the PN has no divine right to rule or stay in government forever but is duty-bound to lead the new youth movement.

A statement which somehow contrasted with National MP Claudio Grech’s declaration who in same council admitted that “we need to accept that our generation is not a winning one”.

A token of appreciation to all medical frontliners

He said that he wrote to the Prime Minister suggesting three days’ extra paid leave to all medical frontliners in the fight against the covid-19 as a token of appreciation. He said that they protected the Maltese people during the pandemic and still do it, so they deserve our respect.

He quoted the Transport Minister Ian Borg who said that he interested only to see the Labour party winning over the PN. Delia said that he didn’t understand what it entails to be a politician. 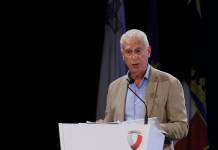 Delia said that he does not believe that Joseph Muscat has prolonged his stay as member of parliament for a salary but his decision was dictated by ulterior motives. The PN leader said that he will stand up to be counted and defend his country’s reputation in the face of all scandals being unearthed with the involvement of government’s politicians.

Changes in the party’s statute

The General Council was held under the Council Presidency of Censu Galea.

A number of changes to the party’s statute were approved during Friday’s session. Namely, the political side of the party will be separated from the commercial entities. The role of the Secretary General will be modified to focus on political work, while two new roles will be created – a President for Political Research, and a President for Social Dialogue and Outreach. 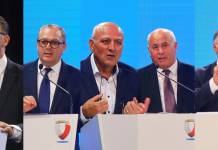