The government is not prepared to face the challenges that schools, educators and students will have to face once schools re-open for the next scholastic year, stated the PN’s spokesperson for Education, Clyde Puli during a press conference.

The PN MP said that despite the fact that the Minister for Education had all the time to plan the necessary health and safety measures once schools re-open, the Ministry has not yet informed them about the protocols to be followed. He also said that schools should be re-opened if it is safe to do so.

Clyde Puli also mentioned how back in March the government was not prepared well enough to offer the online teaching service and it was thanks to the efforts of the educators that the students continued to receive an education.

Puli said that he is convinced that teachers want to return to their workplace and teach students but only if their health and that of their students is safeguarded. “They are not trying to get a cheap holiday out of this situation. Do not demonize educators,” said Clyde Puli.

During the press conference the PN’s spokesperson for education mentioned the following three aspects which the PN believes are necessary to be inplace before schools re-open;

MUT in talks with Education Minister to discuss protocols

The Malta Union of Teachers, MUT, said that on Friday it will attend meetings with the Minister for Education owen Bonnici and with Health Authorities to discuss health protocols which are to be implemented in schools.

MUT said that it is vital that all educators have a clear idea of the current scenario and in view of this the union will call a council meeting on Monday and will meet with its members on Tuesday, Wednesday and Thursday coming.

In its statement, the Union said that it will issue its position on the re-opening of schools for the next scholastic year once it has evaluated all possible scenarios to protect not only its members but also the students. 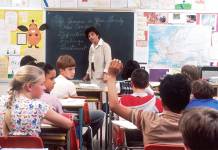