The Labour government has spent €1.82 million of public funds in advertising on social media, said the Nationalist Party when quoting data from a study carried out by Lovin’Malta.

In a press conference on Thursday, the PN MP Karol Aquilina stated that none of the Labour MPs returned the money spent from public funds on advertising. 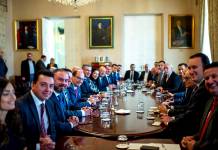 The press conference which was also addressed by the PN MP Therese Comodini Cachia focused on the latest report published by Standards Commissioner George Hyzler who has found that Infrastructure Minister Ian Borg, Environment Minister Aaron Farrugia, Economy Minister Silvio Schembri and Finance Minister Edward Scicluna have all been incorrectly using public resources for quite some time.

PN MP Karol Aquilina referred to the report which also stated that the Ministers misused public resources for material uploaded directly to their private Facebook pages in order to promote themselves amongst voters. 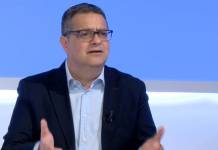 The Standards Commissioner has condemned such abuse of public funds who are supposed to be of example in their position of leadership.

A week after the publication of this report none of the Minister or Parliamentary Secretaries have returned the public funds they misused, said Karol Aquilina.

On a different note, during the press conference, MP Therese Comodini Cachia referred to the latest World Press Freedom Index in which Malta fell another four places and is now 31 places lower than it was in 2016.

Comodini Cachia explained how journalism in Malta is the victim of intimidating tactics and this has led to a hostile situation that jeopardises the fourth pillar of democracy. She also stated that financial assistance towards media houses should be awarded or provided in a manner that helps the journalists to investigate stories/news and to be transparent in their reporting of facts. 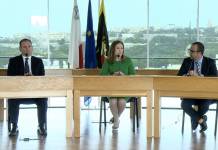 Therese Comodini Cachia has called for social dialogue on how media houses should be provided. 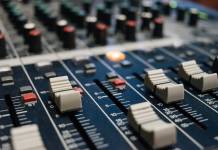 Watch: No presence of new variant of Covid-19 in Malta – Fearne

Watch: The Church launches “Beyond GDP”