PM Robert Abela announce an aid package for businesses and employees which totals around €1.81 billion.

What’s in the package?

Abela described the aid package as generous but said that it was required.

Finance Minister Edward Scicluna described the Government’s aid package as better than the average. He also said that the Eurozone will be facing a recession. Scicluna said that Malta’s €1.81 billion package is equal to 12.9% of Malta’s 2019 GDP.

“Our economy will be internally and externally impacted,” said Scicluna.

Scicluna said that the postponement of income tax, VAT, and NI dues for March and April for employers and the self-employed will cost between €400-700 million.

He said that these measures will enable banks to help businesses cope.

Scicluna also said that there will be a direct injection of €210 million to assist the economy “and save jobs”.

Schembri also announced that Malta won’t be accepting applications “for new third-country nationals” except for those who are highly-skilled.

According to Schembri, Jobsplus has launched a new service to assist the third-country nationals who lost their job.

Schembri also said that the Government Housing Subsidies will increase for those families where one dependent had their employment terminated.

The measures announced this evening won’t be needing parliament’s approval. A special unit in Malta Enterprise has been setup to help businesses. 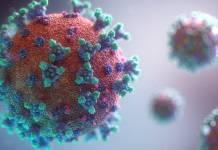