Prime Minister Robert Abela said that during the European Union two-day summit which focused on a number of pertinent issues, important decisions were taken including on the issue of illegal migration.

“Our country is full-up”

As he was interviewed on the Labour Party’s media on Sunday, Abela mentioned that during last month no migrants disembarked in Malta but mentioned the group of 38 migrants from Marocco. These migrants were brought to safety in Malta on Saturday after being rescued while on distress in Malta’s search-and-rescue area. Prime Minister Abela said that these need to be repatriated to their country.

Group of 38 rescued and brought to Malta 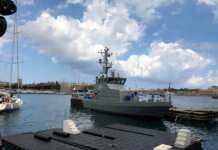 During the interview Abela appealed to the new PN leader, Bernard Grech to unite on the issue of migration, otherwise, our country will fail.

“Our country is full up. There are other countries members within the EU which can put in place the principle of solidarity,” stated Abela. 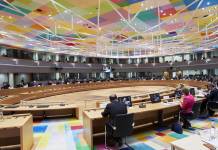 “Budget 2021 will target the financially vulnerable”

Speaking about the budget for next year, Robert Abela said that this will be his first budget although the government has already implemented a mini-budget which was announced due to the economic circumstances the country had to face due to the coronavirus pandemic. He continued saying that the voucher scheme worked and generated the necessary economic impetus.

Prime Minister Abela said that the budget will address those who are most financially vulnerable such as the pensioners and it will be a budget that will have targeted measures for the tourism industry.

“We need to be prepared for when the travel and tourism industry will be back on its feet,” stated Abela

“We are working for a united country”

“I cannot understand how one could say that he or she is ashamed to be Maltese”, said Abela referring to comments that Bernard Grech said last year when he was interviewed on the PN’s media.

Prime Minister Robert Abela thanked Adrian Delia for his work as Opposition leader for the past three years and has invited the newly elected leader to meet him at the PL’s headquarters. He also said that the government and the opposition should together debate a better future for this country.