Prime Minister and Labour Party leader Robert Abela said that we are now embarked on the phase which will lead us to normality once again and that we can now leave coronavirus behind us.

Prime Minister Abela stated this during an interview on the labour party’s media, on Sunday.

Abela also said that on Monday the government will announce the relaxation of measures against coronavirus which will come into effect on Friday 5th June.

Also, on Monday 8th June, the government will announce a budget to respond to the crisis imposed by the pandemic. Prime Minister Abela described this budget as a multi-million budget.

Related story
Newsbook Webinar: a Budget of ‘Living with the Enemy’ 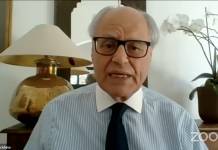 Prime Minister Robert Abela said that this budget will address all strata of society and is aimed at increasing consumption and to reignite the country’s economy to the full.

Robert Abela also announced that as from the 1st of July the Malta International Airport will re-open. Seaports will also reopen as from July.

He also said that the government intends to refund fines issued for those who were caught breaching coronavirus measures depending on the circumstances, said Abela.

On the latest statistics published by the National Statistics Office, NSO, where it was announced that the Maltese real economic growth managed to remain in positive territory with a rate of 0.5%, Prime Minister Abela said he welcomed this news which was the result of the measures implemented by the government with immediate effect as the beginning of the pandemic. 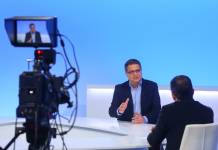 On the magisterial inquiry report published on Saturday, concerning the death of 12 migrants and allegations of a migrant pushback by a private vessel which acted as a state agent, and the claims that the Armed Forces of Malta has sabotaged a boat carrying asylum seekers, Prime Minister Robert Abela appealed to the anti-corruption NGO, Repubblika, to not be influenced by certain people, with Prime Minister specifically referring to PN MP Jason Azzopardi.

Abela also said that he will never forgive and forget the actions of PN MP Jason Azzopardi and that this position is no longer tenable. 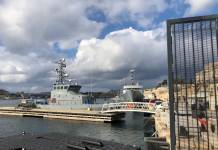 On his unannounced visit to Libya this week, Prime Minister Abela said that the aim of the visit was to understand better Libya’s situation in terms of illegal migration. Abela said that the Maltese government needs a solution in order to address the migration crisis and this needs to be found in collaboration with the Libyan government which is facing a huge migration crisis itself.

During this visit, Malta and Libya have signed a memorandum of understanding on migration.

Prime Minister Robert Abela was accompanied by Foreign Affairs Minister Evarist Bartolo and Home Affairs Minister Byron Camilleri and held meetings with the Government of National Accord focusing on migration. 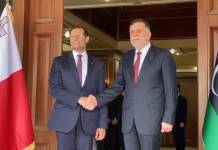 “Robert Abela is a continuation of Joseph Muscat” – Repubblika

In a statement issued on Sunday, following Abela’s interview on the Labour Party’s media, the NGO said that it condemns Prime Minister Abela’s decision to use the party’s media to announce measures related to the coronavirus pandemic.

Repubblika said that this shows how Robert Abela does not want to recognise the difference between the Labour Government and the Labour Party.

John Paul Cordina   July 8, 2020
The number of active Covid-19 cases in Malta is now down to 10, as one patient recovered while no new cases were reported in the past 24 hours.

Coryse Borg   July 10, 2020
iPhone owners are reporting that a bug is making the Spotify app crash as soon as they try to open it.