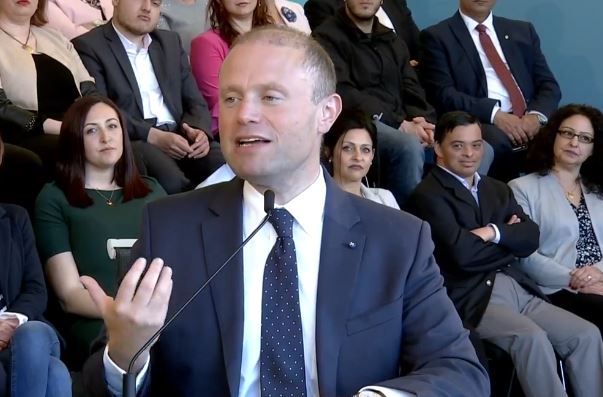 Prime Minister and Labour Leader Joseph Muscat has said that with two weeks until voters go to the polls, he will not stop for one hour from convincing people, he will instead continue to convince everyone with his energy.

Muscat was addressing a political activity in Żebbuġ Gozo, in which he explained that the Nationalist Party wants to convince the public as if there are no elections coming, however the Labour Party is detemined to continue to work and convince people.

“The Nationalist Party is afraid of these elections”

The Labour Party leader questioned why the Nationalist Party is not interested to debate about different topics. He said it was usually the other way aound in an election with the governing party being more afraid for the mid-term elections.

He mentioned how the PN did not issue enough candidates for local councils especially in the south of Malta and also in Gozo.

Joseph Muscat then points out that for several times the Nationalist MEPs voted against Malta in the Parliament. He explained how the opposition MEPs tried to create fear that the European Union could intervene in Maltese issues like tax and abortion. He said that this is not true because the government decides on this. Muscat recalled the brochure that were sent by former PN leader Simon Busuttil, saying that the Maltese Government is to decide and not the European Union.

Joseph Muscat said that the Nationalist MEP’s voted against Malta on a paragraph stating that the tax system in Malta is not in line with the European standards.

“Collect your voting document and go and vote”

Muscat appealed to voters to go and collect the voting document. He urged the public to vote for all the PL candidates.