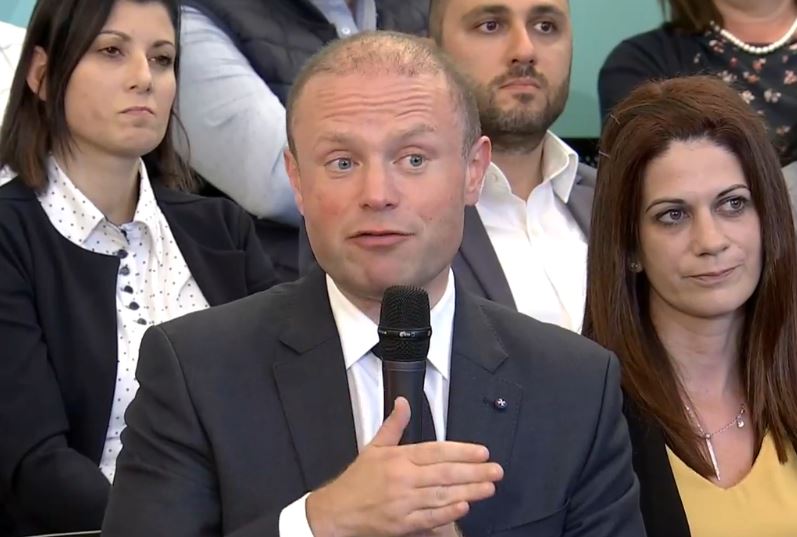 Prime Minister and Leader of the Partit Laburista Joseph Muscat declared his support for increased surveillance in public places since this would help keep order where there was anti-social behavior. Referring to the introduction of abortion, he said that the party has no mandate for such legislation.

Speaking at a party political activity in Qawra, part of the campaign for the MEP and Local Council elections, Muscat said that while he believed in diversity, one should not turn a blind eye to mis-behavior. This, he said is the primary reason for the need for increased vigilance.

Muscat said that the PL manifesto for the general election contains a proposal for security cameras for surveillance in different localities. He said that this will be implemented in different areas and may be extended to St Paul’s Bay if the Local Council request the service. He said that the cameras will not be there for spying on the citizens and listed a number of occasions when these may come in handy.

A microcosm of Maltese society.

Muscat compared the transformation of St Paul’s bay to the changes which Maltese society is undergoing. He said that the different areas of this locality are as diverse as the multitude of cultures it embraces. He said that there are areas in Qawra where the residents are foreigners while the centre of Bugibba is a thriving commercial hub.

The PL leader said that Europe brought with it free movement of people and this means that as Maltese can go to live and work abroad, so, too, can foreigners come to Malta.

No mandate to introduce abortion

Muscat referred marginally to the issue of abortion saying that the government had no mandate to introduce abortion so discussion is futile. He said that government is in favour of live, which is why, he said, government had introduced IVF.

The Embryo Protection Act was promulgated in 2012

Leader of the Labour Party Joseph Muscat is addressing a political activity in St Pauls Bay.

The event is broadcasting live from 18.30PM.