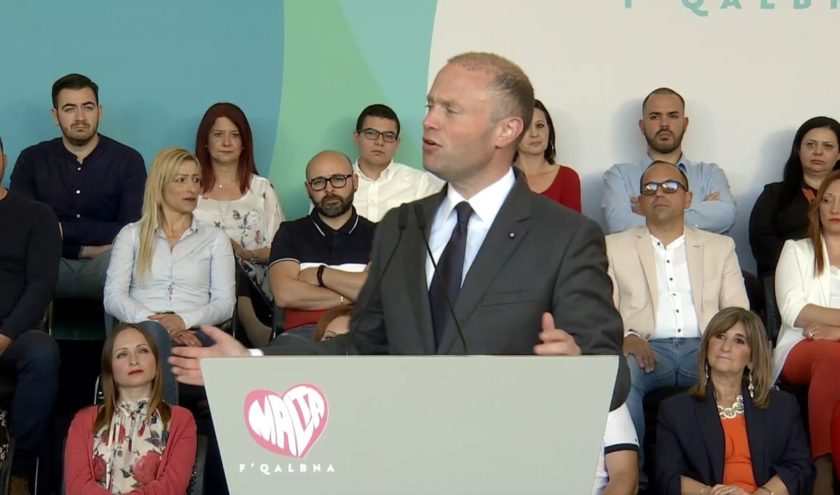 The Prime Minister and Labor Party leader Joseph Muscat said that businesses are not finding enough local employees and is having to rely on foreign workers.

Speaking during a political activity in Hamrun, the PL leader says there would be investments coming to Malta that people had never even dreamt of having. He added that the Minister of Economy Chris Cardona signed a contract with a company that makes small airplanes and they are looking to open a base in Malta.

Muscat said that the government is investing € 6 million in an MCAST project in which the training will provide trades to people including welding, air conditioner installers and even engineers.

During this activity Muscat outlined that the Government will be investing €10 million to rejuvenate the polyclinics and dispensaries across Malta. He explained that these funds came from the citizenship through investment scheme.

During his speech Muscat said that he understands the housing problem faced by many people. He mentioned that earlier today the government announced a scheme to help those who cannot buy homes. He explained that if a people over 40 years old who have some money invested but don’t have enough to buy a property, they would be able to buy a property with government assistance. He added that through this scheme a person can buy half the house and the other half would be purchased by the Government. If after 20 years a person wants to buy the rest, they can do so at the price at the year of purchase. If they can’t, the government will rent the other half to the occupant.

“Everyone should feel proud to live Malta”

Muscat stressed to the audience that everyone should feel proud to live in Malta and that it should not be the norm that it is OK to shoot a person with darker skin.

He added that nobody should feel threatened when walking on Maltese roads. Muscat said there should be integration. He believes that a person is not afraid of the colour of another person’s skin but by their actions. They could be Maltese too and from the same village.