The first anti-corruption protest staged by civil society took place on Sunday afternoon. Since mid-November Malta has been rocked by protests in the wake of the revelations that emerged from the investigations into Daphne Caruana Galizia assassination.

Hundreds of people gathered in front of Parliament in Valletta early on Sunday afternoon and marched to Great Siege Square. The protest which was organised by rule of law NGO Repubblika and pressure group Occupy Justice was followed by a concert against corruption organised by Brikkuni, Beangrowers, Ċikku l-Poplu and il-Lapes. The national protest concert is scheduled to start at 4.30pm with some of Malta’s best-known indie acts taking part. The line-up includes as well as REA, Alex Alden, and Beesqueeze + Sam Christie.

The journalist called for radical changes saying that it was useless to have a new political party if it remained a case of who wins or loses. “We will lose the chance to build a new and better Republic,” he noted. Delia explained that the radical changes involve building a new republic where justice reigns, and not removing one party, to bring another party and keeping the partitocracy with its corruption and criminality.

Earlier this week, the chairperson of the Valletta Cultural Agency, Jason Micallef ridiculed X Factor Judge and artist Alex Alden after she announced her participation in the anticorruption concert. 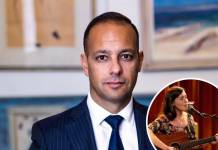 Referring to the incident, Delia said that Micallef resorted to insulting and intimidating artists that dared to criticise the same government that put him in his role, after describing Micallef as “ignorant and subservient” who has ‘no culture except for holding the keys to culture’ with reference to his role. ‘This is not even funny. This is state intimidation,’ Delia stated. He added that Micallef’s message was to other members of the artistic community who would choose silence over speaking out to avoid such an incident. “All of us stand to lose from their silence,” Delia said.

“They tell us that our institutions are functioning” – Martina Farrugia

Activist Martina Farrugia said that if the institutions were truly functioning, disgraced OPM Chief of Staff Keith Schembri would have been fired, not allowed to resign and even thanked for his work by outgoing Prime Minister Joseph Muscat.

Farrugia said that since there is a risk that the changes happening are superficial, it is essential that the political class continues to be pressed, in order to avoid history repeating itself.

“They should remove themselves from any sort of authority”

Repubblika member Vicki Ann Cremona expressed her new year’s wishes, with the primary one being that “Muscat and his fellow corrupted associates remove themselves immediately, not only from their posts of Prime Minister or Ministers, but also from Parliament and any form of authority in our country.” Cremona addressed the Prime Minister and told him that he has no right to choose his own departure date.

Her other desires include that “Muscat’s unbridled corruption” is recognized by the entire nation, regardless of colour, that the Court doesn’t discriminate, and that Maltese politicians start working towards our country’s best interest again.

Cremona also spoke about the role that the new Prime Minister should serve. She said that he must give trust to those who have lost confidence in Maltese politicians, to strengthen Malta’s credibility, to bring back seriousness in institutions, to carry out what was indicated by the Venice Commission and the European Parliament, and to ensure the fair separation between the judiciary, the legislature and the executive. Cremona also mentioned that on behalf of Republikka, a list of questions have been sent to Prime Minister hopefuls Chris Fearne and Robert Abela, but they have not been yet answered.

She added that although the Prime Minister will change, the NGO will keep on fighting for justice.

People gather for first anti-corruption protest of this year

The first anti-corruption protest for 2020 is currently on in Valletta. The protest was scheduled to start at 3pm. Organizers rule of law Repubblika and pressure group Occupy Justice.

The protest will be followed by a national protest concert which will see the participation of some of the best-known local indie bands. The concert will be held in front of the law courts in Great Siege Square, Valletta. 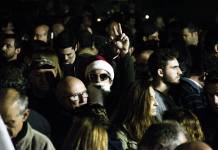 John Paul Cordina   August 2, 2020
A group of 71 asylum seekers which had been drifting in the Maltese search and rescue zone for hours was rescued by the Armed Forces of Malta on Sunday afternoon.