11.53am: The activists are expected to exit Castille from Strada Merkanti. The road has been closed off by police barriers.

11.04am: Former Chief of Staff Keith Schembri has dropped his libel suits against Daphne Caruana Galizia. 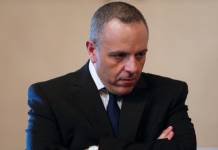 10.57am: The activists inside have been made aware that foreign media together with several local media are reporting the protest from outside Castille.

10.48am: The activists outside Castille have sat in the middle of the road, preventing vehicles access to St Paul’s Street.

10.24am: The chants “open the door” persist. It has now been over three hours since the sit-in started. Mandy Mallia, Daphne Caruana Galizia’s other sister, is also present at the protest.

10.09am: Conflicts arose between policemen onsite and Corinne Vella. In the meantime, several media, including international agencies, are still reporting the event.

10.04am: Activists are attempting to open Castille’s door. The policeman that locked the doors told media that he did not receive any orders to do so.

9.53am: Corinne Vella, Daphne Caruana Galizia’s sister, joined the media and journalists outside Castille’s side entrance. She stated that “the Commissioner of the Police Force should be here to make sure that the door is open.”

9.45am: Three AFM vehicles were spotted next to Castille. Approximately ten soldiers and three police officers can be seen guarding the activists on Graffitti’s live footage.

9.36am: An AFM soldier was about to reopen Castille’s primary door, but was ordered by other officials to keep it shut.

9.25am: More armed officers arrive in Castille. In the meantime, the media is still being denied access to the sit-in.

8.47am: Members of the Armed Forces of Malta were seen closing and locking the main entrance to Castille. The media were not allowed to enter and film the protest.

An activist on site described how police came on the doorstep, pushed them out and closed the doors and locked them from inside. A Police officer stationed outside Castille told the activists that it’s state property and he’s “only following public orders”.

In a statement, Graffitti insisted that they are at Castille determined to convey one strong clear message: for Muscat to tender his resignation immediately.

Business as usual? “Not while Keith Schembri still walks free among us despite the ever growing filth that surrounds him”, the NGO added. Not when the corrupt deals which Schembri and Konrad Mizzi were involved in have yet to be properly investigated. Not when Joseph Muscat himself still occupies the office of Prime Minister.

Graffitti demand, along with that of many other people, is that Muscat resigns and makes way at once. It described that with every minute that passes and Muscat remains latched to his seat of power, it is inevitable that the people will start growing even more suspicious that some kind of heinous plot is being conspired behind their backs so that the truth remains buried.

Yesterday, protesters demanded justice for the assassination of the investigative journalist Daphne Caruana Galizia, in a national protest. 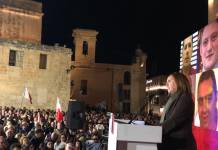 The protest was organised by rule of law NGO Repubblika and pressure group Occupy Justice, and was endorsed by Moviment Graffitti, Students’ University Council, aditus, Friends of the Earth, UĦM – Voice of the Workers, and Isles of the Left.

Over the past weeks, several protests demanding the immediate resignation of Prime Minister Joseph Muscat were held. Tourism Minister Konrad Mizzi and Chief of Staff to the Prime Minister, Keith Schembri have stepped down. 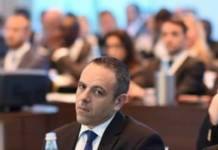 Muscat announced his departure will happen after a new Partit Laburista leader is elected.

Meanwhile, loanshark, taxi driver and alleged middleman Melvin Theuma has started testifying in court where he implicated Schembri in the journalist’s murder.

Monique Agius   July 5, 2020
Earlier on Sunday, Delia announced that he would call a meeting of his parliamentary group later during the week “to ensure the PN perseveres in its pursuit of truth and justice.”