Middleman Melvin Theuma took the witness stand today to give his testimony as part of the public inquiry that’s looking into whether the state and its authorities could have done more to save Daphne Caruana Galizia’s life.

What were the main points of today’s hearing?

Theuma confirmed.
Nicole Borg
11:12 Lawyer Jason Azzopardi questioned the witness on matters he has already testified about within the compilation of evidence.
Nicole Borg
11:10 Theuma explained that Fenech was travelling frequently with his private jet. He said that he knew this because he used to drop him off at the airport himself.

He explained how at times, Fenech used to mention travelling to Bangladesh, Dubaj, Rome, Azerbajgan and France.
Nicole Borg
11:07 Theuma repeats that they met twice at Fenech's farmhouse and once at Portomaso. He explained how during the meetings they used to try to calm him down. He said they used to discuss the murder, including pinning it on Cardona.
Nicole Borg
11:07 Lawyer Therese Comodini Cachia asked the witness about the three meetings he had with Yorgen Fenech and Johann Cemona.
Nicole Borg
11:03 "If it turns out that there's another person that gave me money to commission the murder apart from Yorgen Fenech, I ask the President to not only revoke my presidential pardon but to also give me the death penalty, because only Yorgen Fenech ever gave me any money," Melvin Theuma insisted.
Nicole Borg
11:00 Theuma is mentioning again points that he brought forward in his testimony in the compilation of evidence against Yorgen Fenech himself which is being heard by Magistrate Rachel Montebello.

He said that the Degiorgio brothers and Vince Muscat had said that they were putting the blame on Chris Cardona while in the prison van following one of their hearings. He said that these words were recorded by the prison guards themselves and that this was said to him by Yorgen Fenech.
Nicole Borg
10:58 "They used to mention Cardona a lot but I always had my doubt about his involvement as I always spoke to Fenech," said Theuma.
Nicole Borg
10:53 Theuma insisted that he never met with Chris Cardona nor with people close to him.

"Only Yorgen Fenech sent me with money to cover the assassination," said Theuma.
Nicole Borg
10:52 Theuma said that they used to tell him that if he got arrested he was to say that it was Chris Cardona that commissioned the murder.
Nicole Borg
10:51 Theuma also said that Camilleri had told him that the number was wrong as that was the number of the person that commissioned the murder.

"I was so drawn to him that we used to travel together, he got me permission to operate my taxi from Portomaso and he used to pay for my travel," said Theuma.
Nicole Borg
09:49 The board asked Theuma how long has he known Yorgen Fenech. Theuma replied saying he has known Fenech for seven years. For as long as he has been providing his taxi services in front of Hilton Hotel.
Nicole Borg
09:48 The board of inquiry warned the witness that as per normal procedure he is bound to say the truth and nothing but. Failure to do this would mean that his presidential pardon would be revoked.
Nicole Borg
09:45 Melvin Theuma, the middleman was asked to come into the courtroom to start his testimony.
Nicole Borg
09:44 The court agreed that this can be done in another hearing.
Nicole Borg
09:44 Lawyer Azzopardi was told that a point for his attention was brought up by Daphne's sister Corinne Vella.
Nicole Borg
09:43 Lawyer Jason Azzopardi is asking the board to re-listen to a part of the recording that was heard in court during the hearing held last February.
Nicole Borg
09:42 The hearing for today is starting now.
Nicole Borg
09:41 Theuma had recorded conversations that he had with Yorgen Fenech. Within these conversations they referred to Silvio Valletta as "Valletta l-oħxon" (Valletta the fat one).
Nicole Borg
09:40 Middleman Melvin Theuma is expected to give his testimony today.
Nicole Borg
09:39 Silvio Valletta who used to occupy the role of Deputy Commissioner of Police was ordered to stop investigating the assassination case after the Constitutional Court found that the fundamental rights of the victim's family were not considered.
Nicole Borg
09:37 On Monday, Acting Police Commissioner Carmelo Magri said that the electronic equipment such as laptops and mobiles weren't taken by eks Deputy Commissioner Silvio Valletta to be investigated.
Nicole Borg
09:36 Lawyer Therese Comodini Cachia that is also representing the Caruana Galizia family just arrived in courtroom 20.
Nicole Borg
09:35 The public inquiry hearing was meant to start at 9.30pm.
Nicole Borg
09:33 The public inquiry board is made up of Judge Emeritus Michael Mallia, Chief Justice Emeritus Joseph Said Pullicino and Judge Abigail Lofaro.
Nicole Borg
09:31 Lawyer Jason Azzopardi is present in the court room. Present are also members of the Caruana Galizia family.
Nicole Borg
09:30 Journalista are present in court room 20.
Nicole Borg
09:28 Good morning. Welcome to our live blog.
Nicole Borg

The last hearing was held on Monday when Acting Police Commissioner Carmelo Magri took the stand. Among the points that stood out from his testimony, he said that no electronic equipment that is laptops or mobile phones, was seized from former Deputy Police Commissioner Silvio Valletta.

What came out on Monday?
No electronic devices seized from Valletta, Acting Police Chief tells inquiry board 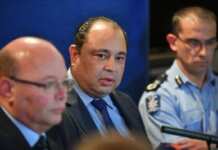